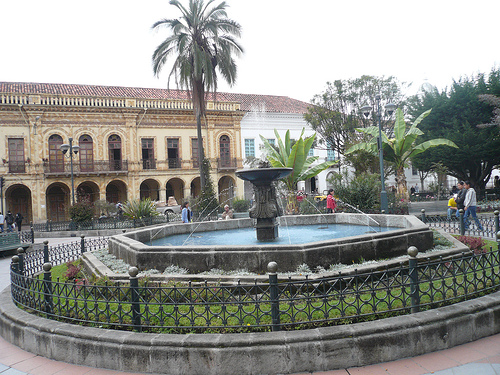 The world’s top retirement spot? In truth, it depends on you. There are many appealing options for a new life in retirement as an expat, as many people are now looking for ways to stretch their dollars. It makes sense, living expenses can be cheaper, cultural experiences richer and the lifestyle more satisfying as an expat.

The top retirement spots for 2013 have a variety of cultural offerings, climates, and lifestyles. Each destination is desirable in its own way, but they all offer something increasingly hard to come by at home: A good quality of life for a reasonable price.

Here is a guide to the best places to retire overseas in 2013:

Living on $1,600 a month including rent isn’t unreasonable in a place like Cuenca, Ecuador. Buying a house or condo near the water could cost you less than a quarter of popular U.S. destinations of similar climate. When you make the move, Ecuador allows you to import your household goods duty-free, and with its new, simplified visa process, it’s no wonder Ecuador tops the list as a best-value retirement paradise.

But for many, the true draw is the perfect climate. The nation lies on the equator. The beaches are tropical, but up in the Andes, the weather is mild and spring-like year-round. Best bonus yet, it’s one of the best countries for an expat business start-up.

In Panama’s capital city you can have all the U.S. comforts of a big city, including outstanding healthcare, restaurants, and daily activities. On a monthly budget of $1,700 to $2,500 a month you could eat out regularly, have a housekeeper come in a few times a week, and enjoy movie dates a few times a month. 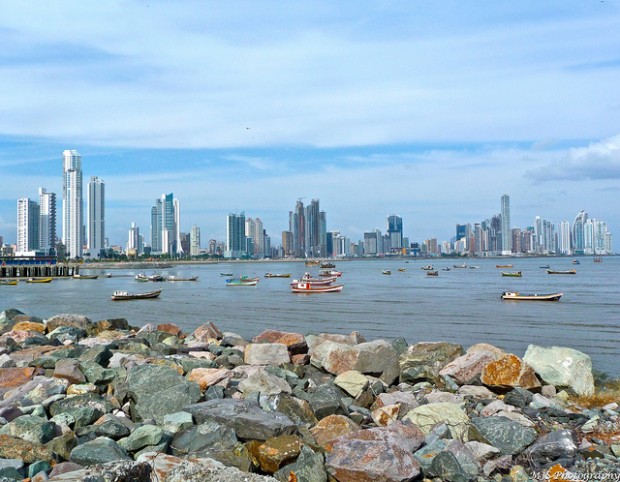 View of Panama City skyline, a top expat destination for 2013

Panama’s major draw is its Pensionado (pensioner) visa, where qualified retirees achieve residence status fairly quickly. The program entitles visa holders to discounts on medical treatment, dining, movies, and more. Most expats in Panama regret they didn’t come sooner, as many say they chose Panama for the friendly people…its rainforest…plentiful beaches and the choice of secluded or city living lifestyles.

In Panama it’s possible to put a toe in the Pacific after breakfast and in the Atlantic before dinner…on the same day. There are cloud forests for bird watching, such as the resplendent quetzal, and even orchid gazing, all in the same weekend.

Malaysia is Asia’s Panama. That is to say, this country is a regional and a global hub, for trade, for business, and for culture. Malaysia is a multi-ethnic and multi-cultural country which attracts many tourists annually.

Penang, Malaysia offers expats an affordable living under $2,000 a month in what is considered “luxury housing” in the states. Here, an expat can eat out often and enjoy all the things the city has to offer along with top notch medical care at an affordable price.

Malaysian expats feel the country has everything. Its weather is a tropical 82 F all year round and its beaches, islands, and jungles are pristine. It has some of the region’s best street food, great restaurants, bars, shopping malls, and movie theaters—and it’s all affordable.

Mexico’s colorful and vibrant culture does rank high with expats who live here…look deeper and Mexico has much to offer. Mexico is an easy, convenient choice for many expats who are seeking a first-world country at bargain prices. No wonder a million or more expats make Mexico their home.

Today’s Mexico offers modern highways and airports, cable and satellite TV, Internet, and many other items expats enjoy at home. Want your “big” U.S. lifestyle abroad, you’ll get it in Mexico with an overall cost of living at about half of what you’d pay in the U.S. or Canada.

And one of Mexico’s biggest pluses is its sheer size and variety. If you want beach, Mexico has thousands of miles of it—chic resorts, sleepy beach towns, and everything in between. Prefer cool, mountain scenery? Mexico has that, too. More likely than not, whatever you’re looking for in a retirement destination you will find it in Mexico.

Costa Rica is where you go to live the lush life. It is lush with nature—misty rain forests, extraordinary wildlife, active volcanoes, and fabulous beaches—as well as such comforting amenities as malls, supermarkets, restaurants, museums, and social clubs.

U.S. retirees have flocked here for years, drawn by its mild climate, prosperity, literacy rate, health care, and, significantly, stable government. Another plus: Costa Rica’s commitment to a thriving natural park system that is second to none in Latin America. This is as biodiverse a country as you’ll find anywhere. The country offers micro-climates, meaning you can fine-tune your weather by moving up and down the hills.

Though not the bargain it was a decade ago, Costa Rica continues to draw moderate-income retirees, who meet the country’s requirement of income of $1,000 per month from Social Security or a pension. Best part, residence is easy enough that just about anybody can do it. Residents are eligible to join the universal health-care system, known as Caja. The cost, based on income, can be as low as $49 a month. After that, care is free.

Want a budget-friendly retirement destination? Think Nicaragua. Geographically, the nation is blessed with two long coastlines and two big lakes, plus volcanoes, highlands, rain forest, and rivers. In this manner, it has everything Costa Rica and Panama have, but it’s less discovered and developed and available to adventurers and eco-travelers at bargain rates.

Property values have fallen significantly in this country over the past several years, thanks to Ortega’s re-election and then the global recession. As a result, you can buy one of Granada’s classic Spanish-colonial haciendas for $50,000 or less. A couple could live comfortably in this city on a budget of $1,200 per month.

Best of all, its lower cost of living does not mean you have to sacrifice the quality of life, in fact, it’s possible to live in Nicaragua with even more luxuries than you were accustomed to, simply because the prices are so low.

All these destinations have large expat communities, so doing your research can put you among other people like you; with similar interests. Learning a foreign language will probably be a requirement; but again if you have a sense of adventure, and don’t want the typical cookie cutter retirement this could be something new and stimulating.