When planning a scouting trip to determine if a tropical destination is right for your family, it’s pretty important to check out what there is to eat in the area. And I don’t just mean the fancy places where you might eat if you were on vacation.

In order to get the full experience of life in Nosara, Costa Rica, you need to try out some of the top local restaurants. Sure some are upscale and maybe even a little pricey. But there are also some really great Mom and Pop type joints (known to the locals as “sodas”) that serve up great local fare at a fraction of the cost.

Here, in no particular order, are a few of the places we recommend. 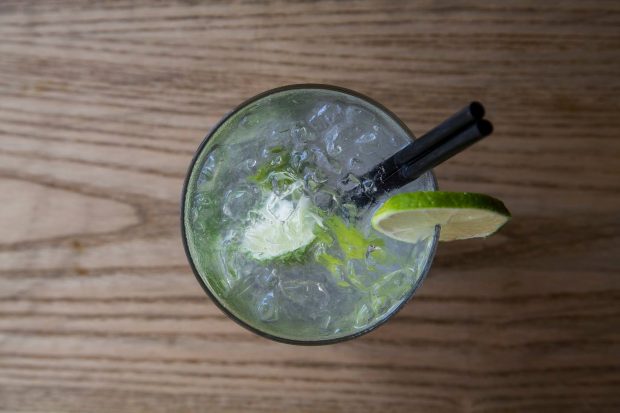 Located along the road near the Harbor Reef, the Beach Dog Cafe looks like any other beachy hangout. But one look at the menu will reveal that there’s much more to it than that.

Chef Mike Streda got tired of working in other people’s restaurants, where he wasn’t allowed to make changes or suggestions, so he decided to open his own place. And, since he also loves to surf and he couldn’t do a lot of that in his native Canada, that place was in Nosara, Costa Rica.

He describes his approach as “fresh, healthy, simple, all the flavors on the palate.” Even though those last two almost seem to contradict one another, they marry beautifully in dishes like coconut buffalo wings, Cajun crusted fresh catch, and chili lime mango fajitas. He also serves a concoction called Picklemole, which is guacamole made with…you guessed it…pickles.

There’s live music a few nights a week and a creative cocktail menu that includes what’s labeled as the best mojito in town. It’s open all day every day, except Sunday when it closes at 3:30, and menu items run anywhere from $6 to $16. 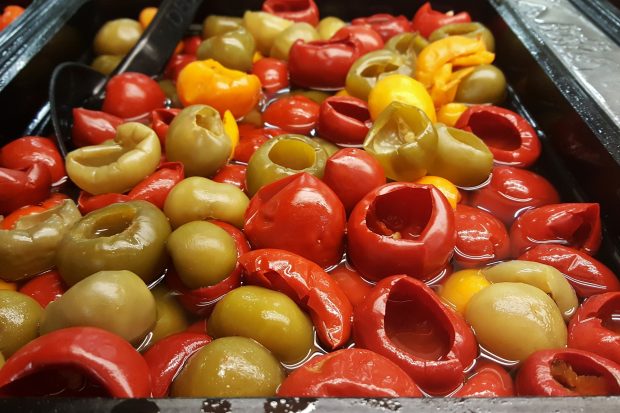 One of the most amazing things about this restaurant is its location. Situated right in front of Playa Pelada, it’s one of the few restaurants in Nosara that’s actually directly on the beach. The other amazing thing is that it serves arguably the best food in town.

Even though it’s on the beach, the feel is very private. The vibe is very laid-back and comfortable. And the cuisine is influenced by owner Angelina’s Greek and British heritage.

The menu at La Luna is extensive and varied, with everything from grilled Mediterranean kebabs, falafel and hummus platters, brick-fired pizzas, and a full English breakfast. One star is a gigantic antipasto platter (as big as an extra-large pizza) for $30 that includes an assortment of Greek olives, marinated vegetables, cheeses, tzatziki, salami, spreads, homemade bread, and more. 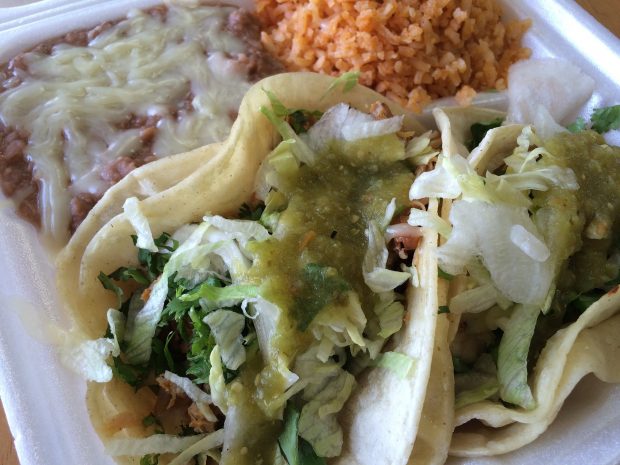 One of the best values in Nosara, Rosi’s Soda Tica also serves up some of the town’s best authentic local cuisine. While not the most variety you’ll find on a menu, the quality of the food is excellent and consistent, as is the service of the friendly waitstaff.

For breakfast you’ll find omelettes full of fresh veggies, huevos rancheros, and the signature banana pancakes. A lunch favorite is the casado, a meal containing rice, black beans, plantains, salad, and your choice of meat. Each evening there’s a “fish special” that’s well-seasoned and cooked to perfection.

There are two locations, one in the middle of town, and one on the south end of town near the super grocery store. That one is also next to a liquor store. So if you want a beer with dinner, they’ll let you walk over and get one to bring back and enjoy. 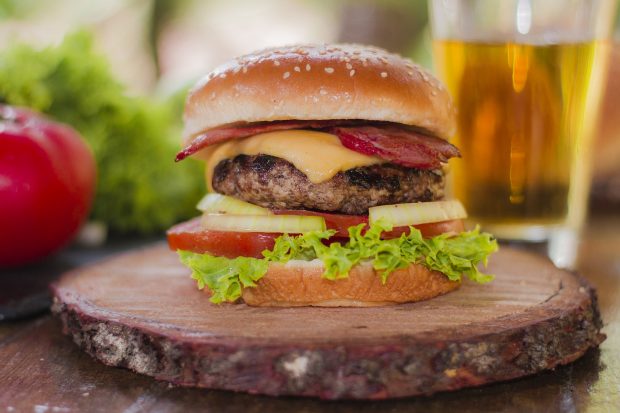 Speaking of beer, local entrepreneur Victor Garita is a Tico who noticed something interesting about all the North American visitors who had begun frequenting his little Costa Rican town. They loved to eat hamburgers. And they loved to drink beer with them.

The problem was that there just weren’t many places to get a burger in town. So the most aptly named restaurant in Nosara, Burgers and Beers, was born. The menu is as simple as the concept, but the flavors are about as complex as they come.

There are six burgers on the menu: The Classic, the French, the Fish, the Blue Cheese, the Barbeque Mushroom, and the Vegetarian. Each was inspired by a famous dish (e.g. the French is chateaubriand), based on Victor’s correct assumption that “if it tastes good on a plate, it will taste good as a hamburger.” With the right quality ingredients, that is.

He seeks the same quality in the craft beers he serves, usually offering double digit options on tap and as many as a dozen or more in bottles. And they run the gamut in terms of variety. 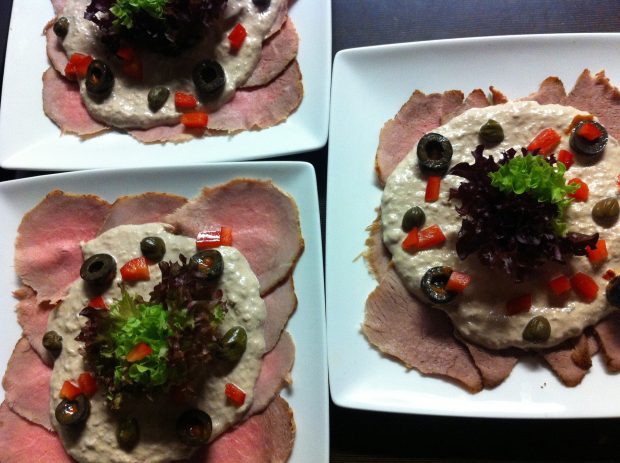 Tibidabo is another product of the observation of one individual (in this case a Spanish foodie) that resulted in the development of a niche restaurant that has thrived in Nosara, Costa Rica. Luis Velasco moved to Costa Rica in 2008 after his corporate job suffered from the global economic crisis. He met a Tica named Laura and, noticing that there were no Spanish restaurants in Nosara, opened Tibidabo.

There’s an interesting story behind the name. Tibidabo is a mountain that overlooks Barcelona, Velasco’s hometown. His mother always told him that if ever got lost, he could always walk towards Tibidabo to find his way home. It seemed like a fitting name, the landmark that for Velasco always represented “home.”

The restaurant itself is an elegant tapas place that’s not only one of the most delicious, but also one of the most elegant in town, with its upscale decor and immaculate gardens. And the menu is nothing short of extraordinary. It contains 37 tapas consisting of everything from tuna tartare to strawberries to anchovies to sauteed shrimp. And then there’s the favorite — paella, which has to be ordered in advance. 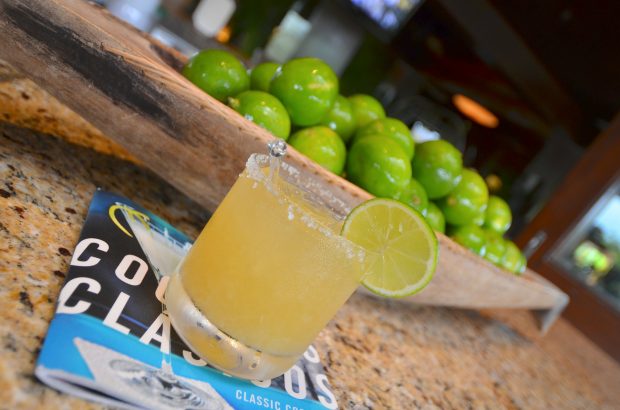 If you’re looking for something a little bit more familiar, up to and including U.S. football on the TVs, then look no further than El Chivo Cantina, which is Spanish for “The Goat.” A fusion of Costa Rican, Mexican, and American food, it offers dishes you’re used to with a bit of a local flair.

There’s everything from burritos to chicken wings, served up in a laid-back atmosphere with plenty of activity. It’s a great place to watch sports, let the kids run around, or even watch a Disney movie with the family.

Come on Taco Tuesday for a lively experience. Wash it down with a margarita or a shot of one of the many tequilas or mezcals on the cocktail menu. The listed menu prices range from $6 to $20. 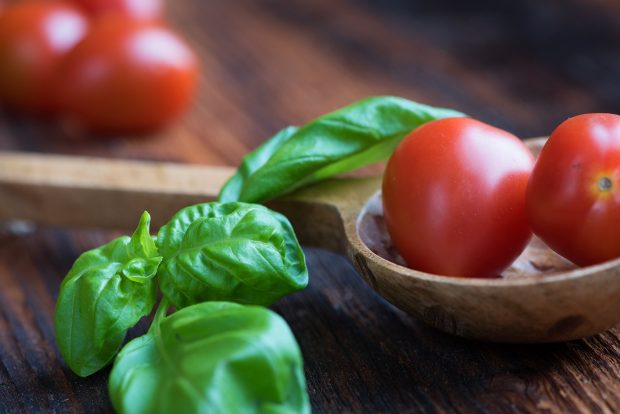 Looking for a little Italian cuisine in the Latin Tropics? Check out Il Basilico, which is Italian for basil, a favorite herb of proprietors Alexander Cabalceta and Jens Castrillo. This hotspot is popular among locals and tourists alike, and often features live musicians. There’s a pizza party every Saturday night where all pies are $10.

Rather than specializing in a few signature dishes, Il Basilico serves up a wide variety of pizzas, pastas, salads, and seafood dishes. When one tasty pasta dish with bacon, mushrooms, and truffle oil wasn’t selling well, they changed the name to Penne Surfo. Now it’s one of the more frequently ordered items on the menu.

Like most restaurants in Nosara, Il Basilico caters to the health conscious. There are plenty of vegetarian and gluten-free options on their extensive menu. 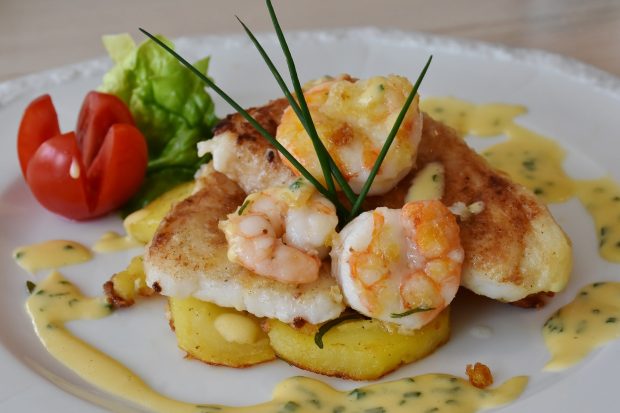 There isn’t much to say about the menu at Le Bistrot. Mainly because, well, there’s no menu. Instead a simple blackboard displays the specials of the day, which changes based on whatever’s freshest and in season.

While the star ingredients often vary, the techniques are tried and true. Owners Fabien Piguet and Alex Juvet, both from the French part of Switzerland, specialize in Mediterranean and French-style food. They serve up sauces loaded with lots of wine, sweet cream, butter, olive oil, and fresh olives. And since Juvet’s wife is from Peru, there are often Peruvian-inspired dishes.

Whatever it is you crave, there’s a good chance you can find it in Nosara, Costa Rica. The long-standing expat presence has done much to benefit the town, as the growing community continued to demand more and varied nuances of flavor. The result is a culinary explosion that’s taken place in recent years.

Come and taste it for yourself!

Nosara
Costa Rica
Set in a serene area of Las Delicias in Garza, this brand-new three-bed two-bath home will be complete in late January. The 1500ft2 house is placed toward the b...
Land Size:1 acres
$489,000
View Property

Nosara
Costa Rica
Over 1/3 of an acre in Pelada with dual road access. This large property has enough space for two separate homes (see renderings above). Both access points are ...
Land Size:0 acres
$299,000
View Property