With its exotic beaches, incredible waves, and world-class amenities, Jaco, Costa Rica is one of the country’s hottest destinations for expats and tourists alike. In addition to its beautiful surroundings and ideal climate, its location also contributes to this destination’s appeal.

Jaco, Costa Rica, is located less than two hours from the capital city of San Jose, in the Central Pacific region, right smack in the middle of anything you could possibly want to do in Costa Rica. But when deciding whether Jaco is right for you, take into consideration these five common mistakes newcomers to this tropical hotspot make.

1. They never give surfing a try.

Of all the factors that attract expats and visitors to Jaco, none even come close to its impressive waves. It’s a surfer’s paradise, with shores to appeal to even the most advanced surfer.

Jaco’s beaches are lined with surfers of all skill levels, just waiting for the perfect wave. Many say it’s reminiscent of a California surf town in the 1970s, yet with all the usual modern day amenities.

Nearby Playa Hermosa, where the famed Quicksilver Competition is held each August, offers six miles of black sand beaches and consistently high waves. However, the waves in Jaco, particularly on the southern end, are much more manageable for less skilled surfers.

Even if you’ve never picked up a surfboard, you can get a private lesson and rent a board from one of the many surf schools along the beach and in town. 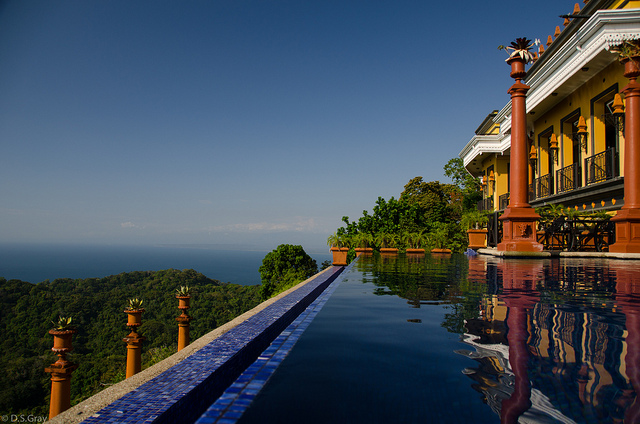 2. They assume Jaco, Costa Rica real estate is too expensive.

Jaco’s population has grown rapidly over the past decade, due to its unrivaled natural surroundings and top-notch amenities. As a result, it’s become one of the top destinations for expats relocating to Costa Rica.

Those looking to buy property in Jaco can choose from golf course condos, gated communities, and penthouses with panoramic ocean views. However, despite the fact that there are definitely some pricey high-end properties in Jaco, there are also still a number of affordable options.

Jaco may not be the best choice for an investor looking to sit on a property and hope it increases in value, as this town is already equipped with all the First World amenities and infrastructure needed for appreciation.

But someone looking for their own personal paradise or something to generate rental income can realistically find something to fit their budget in Jaco, Costa Rica.

3. They don’t realize it’s not a swimming beach.

There are a lot of fun things to do in Pacific waters off the coast of Jaco, Costa Rica. (See #5.) Swimming isn’t one I’d recommend.

In fact, researchers at the National University of Costa Rica (abbreviated UNA) studied 150 beaches in Costa Rica, looking at factors like currents and wave force, and deemed Jaco’s coast to be one of the country’s top five most dangerous.

Due to strong, unpredictable rip currents and waves of substantial force, this stretch of shoreline has unfortunately claimed the lives of many tourists. And while these risks cannot be entirely predicted or avoided, there are precautions that can be taken.

For starters, beaches where large amounts of sea turtles nest tend to have stronger undertow conditions. This is likely because the turtles use the rip current to escape potential predators like jaguars and storks.

You can also sometimes spot rip currents by the sandy discoloration of the water where they disturb the ocean floor. However, if you’re this close it could be too late to avoid it.

If you do find yourself caught in a rip current, try swimming towards the shore at a 45 degree angle. If the current is too strong, swim parallel to the beach in the same direction as the lateral current until you’re free of the strong pull. Likewise, avoid giant waves by swimming down underneath it as far as you can until it passes.

It’s not uncommon for most Costa Rica beach towns to have something of a party culture. But Jaco takes that characteristic to a whole new level. With nightclubs, discos, casinos, and dive bars lining the beach and the street, there’s an endless number of choices for evening excitement.

But it doesn’t necessarily stop there.

After 10 p.m. the town can get pretty loud and reckless. Drugs are readily available. Prostitution is legal. These, combined with the slight increase in crime that comes with them, might make the faint-hearted newcomer a bit uneasy.

The good news is that, while the party scene can’t entirely be avoided, your exposure to it can be limited. Stay away from the two or three bars where most of the prostitution is contained. Instead of crowded nightclubs, spend your evenings enjoying the cuisine at one of Jaco’s many exotic restaurants.

And take comfort in knowing that Jaco employs more police officers than any other Costa Rican beach town. Costa Rica values its tourists, and every possible measure is taken to ensure their safety and security.

5. They think surfing is Jaco’s only draw.

While surfing is one of the most incredible and best known activities and attractions Jaco offers, it’s far from being the only one. Whether you’re a wildlife activist, adventure lover, sports enthusiast, or just a regular old beach bum, Jaco has something for everyone.

Despite the appeal of its shoreline, Jaco also offers a number of land adventures. You can hike amidst scarlet macaws nesting in the nearby Carara Biological Reserve or see Olive Ridley sea turtles laying their eggs at the Playa Hermosa Wildlife Refuge.

Also on land, there are short hikes to a number of breathtaking waterfalls. The nearby rivers and streams offer white water rafting and crocodile encounters. See the area via horseback or ATV, or even get a bird’s eye view when you soar through the forests on a zip line high in the canopy.

Golfers can play a round at the La Iguana Golf Course, designed by Ted Robinson. Don’t be surprised if a monkey or macaw strolls up to complete your foursome.

With deep sea fishing to round out the menu of adventures in and around Jaco, there’s never a reason to have a dull day. And by avoiding these five newbie blunders, you can guarantee that you’ll go into your Jaco visit armed with the facts you need to make your decision. 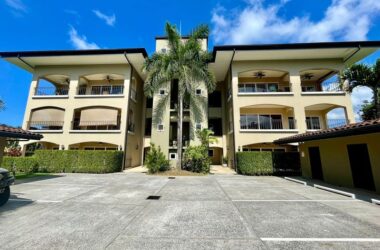 Condo for sale in Playa Herradura