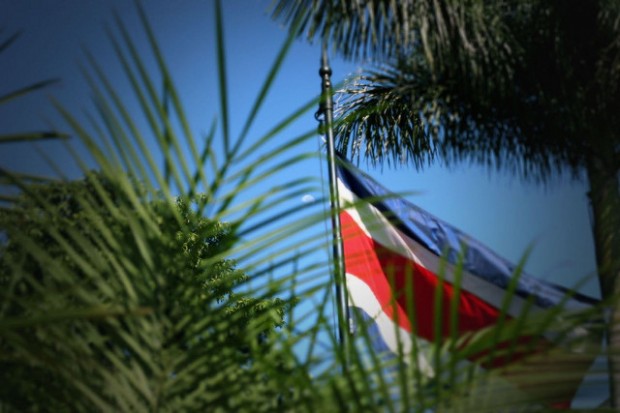 It’s as Beautiful as They Say

There is a very good reason Costa Rica has enjoyed its spot as a number one tourist destination and settlement area of choice among retirees for years. Apart from an accommodating residency plan, a stable government, and ease in exchanging the dollar for the colon, one of the facts about Costa Rica is that, for a country not much larger than the size of Vermont, it has one of the most diverse environments and climates imaginable.

Those who live there and those who visit, rave about the explosions of colorful birds that decorate the sky, and the exquisite flowers creating equally colorful explosions across Costa Rica’s virulent landscape. People come to Costa Rica not only for its magnificent mountains, studded with volcanoes, its rain forests and sparkling beaches, but because of Costa Rica’s progressively greener policies.

The diversity of its climate is due to its structure. The central spine of Costa Rica contains a range of towering mountains, divided into the Cordillera Central, and the Cordillera de Talamanca. These mountains separate the Pacific Ocean and Caribbean Sea watersheds, on the tapering Central American tail, measuring no more than approximately 100 miles across at its narrowest point.

Although Costa Rica enjoys twelve hours of sunlight per day, with a mean average temperature of eighty degrees, the temperature can rapidly grow cooler in the higher elevations. Travelers using the mountain passes are advised to have layered clothing; shorts and tee-shirts for the central plains, sweaters and long pants for the elevations. During the rainy season, they are advised to carry rubber boots.

The various micro-climates of Costa Rica create the perfect setting for bio-diversity. Nearly five percent of the world’s bio-diversity can be found in this tiny country. Of its 12,119 species of plants, 950 are unique; native only to Costa Rica. It also has over 100 native trees and 1,400 types of orchids.

The combined numbers of various birds, freshwater fish, amphibians, reptiles and mammals equal over 1,700 species. Because Costa Rica understands its role as stewards of such a unique heritage, in recent years, it has placed into practice some very progressive and successful, environmental laws. In 2010, it was named the winner of the Future Policy Award at the global summit on bio-diversity held in Nagoya, Japan.

Facts about Costa Rica’s Entrance as an Environmental Leader 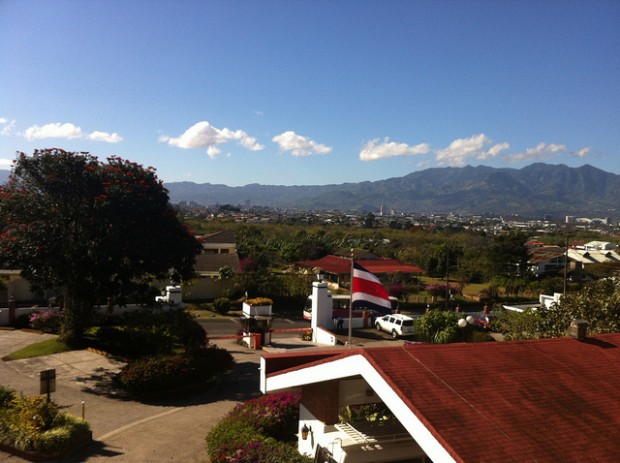 Costa Rica has been making conservation history. Although it had taken substantial losses in deforestation, Costa Rica passed a National Forestry Law in 1969 to initiate recovery from the environmental damages. The policy was slow in gaining headway. Due to the insistence by the World Bank and the IMF to increase agricultural exports to service their debt, Costa Rica lost an additional 29% of its forests to cattle ranching and farm cultivation between the years 1970-1980.

In 1996, Costa Rica attached a “payment for environmental service” program to its Forestry Law. Land-owners were compensated for the benefits gained by society as a whole for maintaining sound environmental practices. Taxpayers’ benefits included the provision of fresh water for consumption and hydro-electric purposes, the mitigation of green house gasses, and the protection of bio-diversity for the purposes of research and the preservation of its natural beauty.

Costa Rica currently has 25 National Parks and 58 wildlife refuges. Combined with its forest reserves and protected zones, 27% of its national territory is now under environmental protection laws.

The pay-out for recovering its wilderness lands wasn’t immediately economical. One of the interesting facts about Costa Rica is that, lacking a military, it can pour a great deal of its tax base into other programs. However, Costa Rica suffered its own years of inflation, with a 20% poverty level that had not been reduced in fifteen years, despite urban growth. It actually fell from 28th place to 47th in the Human Development Index between the years 1990 and 2005.

In the last few years, however, it has seen a thriving industry in eco-tourism. This has caused a trickle-down effect, stimulating the economy as a whole. The towns close to the national parks are directly benefitted as tourists use the services of hotels, restaurants, transportation, and handicraft shops.

Swinging from the Trees

More than one quarter of Costa Rica is covered with rain forest.  Since rain forests have very dense brush, as well as a high canopy of trees, hiking through one can give you the feeling you live in a shadow world as a hobbit who has lost his way into his village. Costa Rica, however has a solution for this. The hiking trails often contain walkways or skywalks and bridges, so you can walk above the tree canopy for some spectacular views of the tumbling forest below you.

For the truly adventurous, there is the canopy tour. First developed by U.S. scientists who wanted a way to study trees without disturbing the plant, insect or animal life, the canopy tour consists of platforms built into the strongest trees, with a zip line strung between them. Tourists may then swing from tree to tree throughout the forest with the use of a harness. Canopy tour operators can be found within all the national forests of Costa Rica. There are some risks, however. Occasionally, an operator will use broken or substandard equipment, so it’s best to know something about the sport before zip-lining.

The Not So Green Facts about Costa Rica

Costa Rica’s early urban and agricultural development were largely responsible for the critical deforestation experienced before the 21st century. Agriculture continues to be the biggest threat to Costa Rica’s green image. According to the World Resources Institute, Costa Rica is the biggest importer of pesticides in the world. The use of pesticides has been concentrated enough to pollute crucial waterways enough to even cause chemical poisoning in humans.

Experts state that the reason is because Costa Rica has not yet created a strong agricultural policy for the education and use of organic techniques. Farmers still rely on the methods used by corporate farmers, applying the same pesticides to their land over and over again.

Another issue that has erupted to the surface is the proposal to remove 1,000 hectares of the Rincon de la Vieja National Park for the development of a geothermal energy plant. Opponents state the project would disrupt the eco-systems within this National Heritage Site.

Although eco-tourism has become one of Costa Rica’s biggest industries, Costa Rica cannot ignore the needs of its inhabitants. Agriculture continues to be a major export, and energy solutions still need to be addressed. Costa Rica’s challenge will be in finding ways to balance their ecology with development, but the good news is, typical of Central American thinkers, Costa Rican leaders view challenges as a means of exercising innovative thought. Considering the policies they’ve already implemented to make Costa Rica both a green and thriving economy, their problem-solving methods are sure to continue to gain global acclamation. 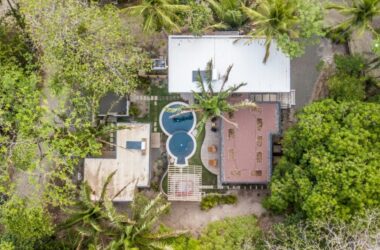