Top 10 Benefits of an Ecuador Retirement

With its authentic culture, great investment opportunities, and unmatched natural beauty it’s no wonder so many North Americans are considering an Ecuador retirement as one of their options. 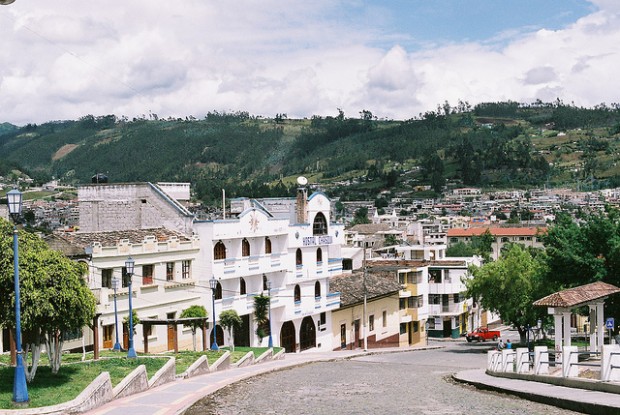 The nation consistently tops most lists of best places to retire.  In fact, for 2014, the country was barely edged out by Panama (by a score of 91.2 to 91.1) when it ranked as the #2 overall destination on International Living’s Annual Global Retirement Index.

The study ranks popular expat destinations on a number of factors ranging from the cost of consumer goods to climate to the friendliness of the local population.  They consider an Ecuador retirement ideal, particularly for its affordability and variety of lifestyle options.

Here are a few of the top reasons to consider Ecuador if you’re a soon-to-be retiring would-be expat.

In Ecuador, expats can enjoy some of the lowest prices in Latin America on everything from groceries to real estate to domestic help.  A couple could easily live a modest lifestyle on as little as $1,200 per month, including rent.

With less money needed for things like housing and utilities, retirees have the ability to travel or pursue other hobbies.  Inexpensive transportation that’s readily available makes getting around and seeing the rest of the country a breeze.

Ecuador also offers great benefits to its senior residents, with discounts as high as 50% on things like international airfare and entertainment.

Many expats who retire to Ecuador find themselves extremely pleased with the country’s medical system, particularly with the quality of care they receive.

Most doctors speak English, and many even trained in the U.S.  Hospitals are clean and equipped with state-of-the-art technology.  Best of all is the cost.  Medical treatments can run anywhere from ½ to 1/10 of the cost for the same services in the U.S.

What’s more, Ecuador is known for the alternative treatments and natural healing options offered throughout much of the country.  Not to mention, its beautiful scenery makes for an excellent place to recover.

For those who aren’t quite ready to take the plunge and completely immerse themselves in a new culture, Ecuador is a great option.

Expats and tourists will notice many familiar sights, like chain restaurants and other businesses.

English is widely spoken, both among the thousands of North American expats as well as many native Ecuadorians.

The country also uses the U.S. dollar as its official currency.  This makes it easier to keep track of your budget and understand what things really cost.  It also eliminates any concerns over exchange risks. 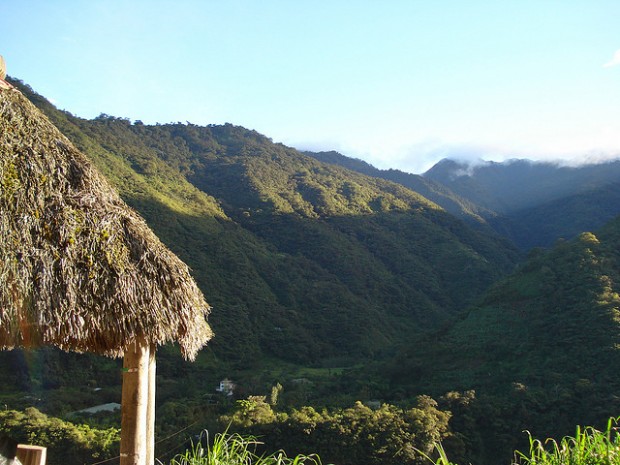 Expats who want the option of spending the morning sipping coffee in the mountains and the afternoon relaxing on a tropical coast should definitely consider an Ecuador retirement.  In fact, many foreign residents choose to have their main home in the city, plus a beach property or a country retreat.

The country has 4 extremely varied regions, each with its own unique climate and intriguing surroundings.

Ecuador borders the Pacific Ocean and has mile after mile of beautiful coastline. There are bustling beach towns with great nightlife, as well as secluded stretches of unspoiled sand.

Due to its location, on the equator, most of the country enjoys a full twelve hours of sunshine each day.  Temps on the coast range between 80 and 90 degrees Fahrenheit.  There is, however, a rainy season from December to April when you can expect a torrential downpour almost daily.

Ecuador has not one but two parallel chains of the Andes mountains.  Among the famous peaks are both active and extinct volcanoes.

This region is much cooler, thanks to the altitude, with daytime highs around 75 degrees and nightly lows around 50.  The temperature varies little throughout the year, although this area also has a rainy and dry season with April being the wettest month.  June to September is the driest period.

Ecuador’s Amazon basin is mostly tropical lowland rainforest.  As a result it’s sparsely populated, accounting for only 5% of the population even though it makes up almost half of the country’s land mass.

Despite this fact, it’s becoming increasing popular among adventure travelers who enjoy kayaking and rafting its wild rivers and exploring its uncharted wilderness for sightings of birds and other rare species.

This region is hot and humid, 80 to 90 degrees, with steady rainfall throughout most of the year (what most people imagine when they think of an equatorial climate).  The driest months are August through March.

These islands, of Darwinian fame, are located a few hundred miles off Ecuador’s coast. Even though they’re situated almost directly on the equator, the cool waters of the Pacific Ocean keep them from getting too hot.

As a result, they’re quite pleasant. Temperatures range between 66 and 90, and there’s surprisingly little rainfall.

Visitors still flock to these islands to see the impressive variety of unique species that call the islands home, many of which can’t be found anywhere else on earth.

5.  The people of Ecuador are incredibly friendly and welcoming.

From the 13 indigenous groups who call the country home to the thousands of expats from all over the globe, the people of Ecuador are extremely welcoming to foreigners. The diverse population also makes for a fabulous melting pot of cultures.

There are many indigenous peoples who still wear their native dress, speak their own languages, and practice their ancient customs.  Most towns have local markets where natives sell their handmade items and other wares.

6.  Ecuador is connected and accessible.

Ecuador is only a 3.5 to 4 hour plane flight from the U.S., making it an easy place for family and friends to come visit you (or vice versa).  Once you’re in Ecuador, public transportation is widely available.  Buses cost around $1 for an hour of travel. Taxis will take you across town for no more than a few bucks.

Not only is Ecuador physically accessible, its internet connectivity is excellent. There are free public access centers, called Infocentros, located everywhere.  Roughly 35% of the population is currently connected, and that’s projected to increase to 50% of all households by 2015.

7.  Residents of Ecuador can enjoy many healthy lifestyle options.

The people of Ecuador are among the healthiest in the world, with some even claiming to live longer than most populations on earth.  This longevity can be attributed to the clean air and pure water, which supplies the country’s fresh fruit and vegetable crops.

Most residents also do most of their travel on foot, since most cities are easily walkable.  They lead active lifestyles and eat mostly local products, which include few processed or unhealthy options.

8.  For its authentic charm, Ecuador has no shortage of luxurious amenities.

Although much of its appeal lies in its natural environment and authentic culture, Ecuador still offers most of the services and amenities that many expats expect from a retirement destination.

Beach towns boast five-star resorts.  Many cities offer world-class spas and hotels. There are restaurants serving up a variety of international cuisines.

Larger cities, or those with established expat communities, offer plenty of cultural options such as art exhibits, festivals, symphonies, and more.  Many of these attractions can also be enjoyed free of charge.

9.  It’s easy, and profitable, to own land in Ecuador.

For those considering an Ecuador retirement, renting is always an easy option. However, an even better option is buying a property of your very own. Ecuador places no restrictions on foreigners who wish to purchase land, and their rights are guaranteed by the constitution as well as those of natives.

Because property can often be found at rock-bottom prices, land in Ecuador has tremendous growth potential.  The government is also currently investing heavily in infrastructure, which is always good news for increasing property values.

By comparison, obtaining a visa in Ecuador is relatively straightforward.  The process takes between two and four months, with the help of a lawyer, and usually runs between $500 and $1000.

A variety of visas are available for pensioners, real estate (or business) investors, business professionals, and more.

There are some unique stipulations, however.  For example, if you leave the country for more than six months at a time you can lose your visa. 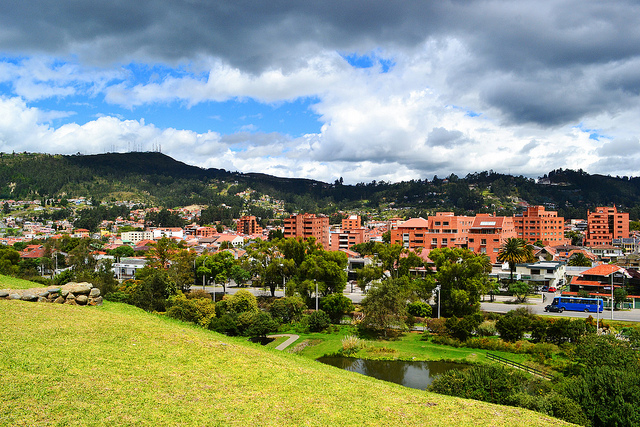 Ecuador’s various regions offer a wealth of options for those who choose to retire there.  Here are a few of the cities that have been most popular among expats.

Cotacachi – A small village with rich culture that’s only a 90 minute drive from the capital of Quito.

Cuenca – A beautiful colonial city in the mountains that’s extremely popular with expats.

Guayaquil – Largest city in Ecuador, a sea port with a relaxed Caribbean feel.

Montanita – A surfing hotspot with lively attractions and some colorful characters.

Quito – Capital city with a well-preserved historic district and “middle of the world” equator monument.

These are a few, but there are many more cities that would make for the perfect Ecuador retirement.  Find the one that’s right for you! 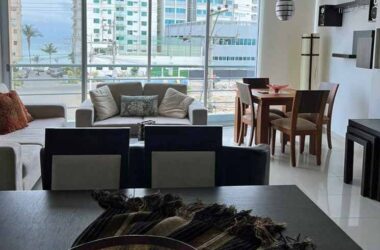 Salinas
Ecuador
Sometimes it seems as though the hustle and bustle of daily life and the demands upon your time constantly turn your focus toward what the world tells you you “...
4.0 beds
5.5 bath
Land Size:0 acres
Building Size:1,561 sq.ft.
$1,360
View Property 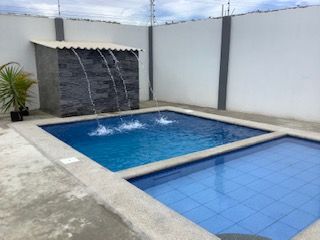 Live Life To The Fullest In Costa De Oro 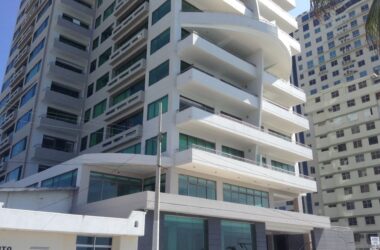 Hidden Gem in the Aquamira with Huge Balcony!