Home > Posts > Ecuador > Montanita Ecuador: 7 Reasons it isn’t for the Faint of Heart

Montanita Ecuador: 7 Reasons it isn’t for the Faint of Heart 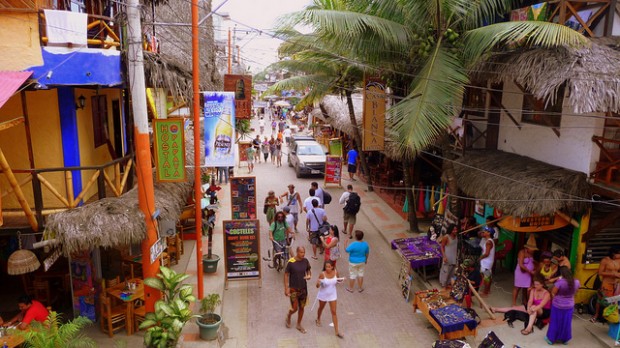 From its origins as a hippie beach destination in the 1960s to its present-day reputation as a surfing hotspot, Montanita Ecuador has been luring tourists and expats to its golden shores for decades.  And with some of the country’s most lively attractions and colorful characters, it’s a place that’s guaranteed to keep even the most intrepid traveler on their toes.

With a name that means “Little Hill,” Montanita is situated on the country’s Santa Elena peninsula.  Just over two hours from the bustling port of Guayaquil, this multi-cultural mecca boasts one of the most beautiful beaches on Ecuador’s south coast.

It’s grown considerably over the past 50 years, but slowly.  It has all the modern conveniences most tourists and expats expect, including fancy restaurants and resort hotels.  However, it’s not quite as crowded as some of the country’s other beach destinations, like nearby Salinas.

But don’t be fooled.  Montanita has all the ingredients for an exciting tourist destination.  Or a really rowdy frat party.

Ranging from the riveting to the risque, here are a few facts about Montanita, Ecuador, that are sure to intrigue any visitor or would-be expat:

1.  Montanita, Ecuador, has some of Latin America’s most challenging waves.

As it turns out, those hippies were onto something when they stumbled across this sleepy little fishing village in the 60s.  They pitched their tents on the beach and took up residence (and surfing), and eventually word began to spread.

Today Montanita attracts surfers from all around the world.  It boasts strong, consistent waves that can get as high as one meter (over 3 feet) during the calmer summer months.  Likewise, during the late fall and winter, especially January through March, waves as large as 2 meters (6 ½ feet) have been recorded.

With its excellent waves and good tubes, Montanita presents a challenge for beginners while still remaining tricky enough for even the most advanced surfers.  The surfing in Montanita has earned a spot on the international surfing circuit, as well as a place in the town’s annual Carnival celebration.  An international surfing competition now holds a spot on the agenda of the February festivities. 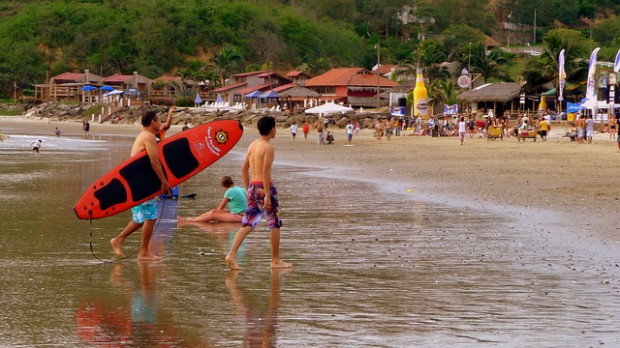 2.  Montanita is a cultural phenomenon.

A town that started with a handful of local fishermen and a few foreign hippies has evolved into a vast cultural melting pot of people from all nations and walks of life.  In addition to U.S. expats, residents of Montanita include Argentinians, Jamaicans, Russians, Australians, Canadians, Germans, and an assortment of other Europeans.

As diverse as their nationalities are the lifestyles of those who live in Montanita.  As opposed to the rest of Ecuador, which remains fairly conservative, differences are celebrated–applauded even–in Montanita.  Locals voice approval to same-sex couples who show public affection, something that would be frowned upon elsewhere in the country.

The city promotes the ideas of tolerance, acceptance, and maybe even a bit of rebellion. Peace signs adorn cars and t-shirts, as does the image of the famed Marxist revolutionary Che Guevara.

3.  “The party don’t stop” til the wee hours of the morning.

It could be said that Montanita, Ecuador, is a partying town with a surfing problem.  Its streets and shores are dotted with bars, clubs, and cabanas serving up the local brews and the local gossip.  And, man, is it juicy.

For those seeking a mellower party experience, there are open-air cafes with drink specials galore.  You can even relax on the beach in the evenings with the few other stragglers who haven’t wandered into the town to party hard.  A centrally-located cliff serves as a great barrier to separate the buzz of downtown nightlife from the more tranquil side of the village.

On the other hand, those who want to party ’til the break of dawn will not be disappointed by what awaits in Montanita.  You’ll find several dance clubs blaring techno music into the streets, and on any given night the sand usually thumps with beach parties where local DJs spin house music.  Flyers around town promote all-night raves.

4.  The weather in Montanita ranges from hot and humid to outright sauna.

Montanita is located on the coast of Ecuador, just one degree from the equator.  It has a tropical climate and no elevation to provide relief from the heat.  As weather conditions go, those in Montanita aren’t among the more bearable.

Like most tropical climates, the temperature doesn’t fluctuate much throughout the seasons.  The low rarely falls below 70, and the highs are usually in the mid 80’s.  That sounds nice, but when you factor in the humidity it often feels much hotter.

Montanita’s rainy season runs from December to May, and thankfully most of it falls during the evening and night hours.  Regardless, though, many swimmers and surfers are willing to brave a little drizzle in order to avoid any downtime in their beach-going experience.

5.  If it’s illegal in the States, it’s likely accepted in Montanita.

There are a lot of words you could use to describe Montanita.  Wholesome isn’t necessarily one of them.  While it isn’t exactly overt, drug use is common on Montanita’s beaches and streets and in its clubs.  It’s not in your face, but at the same time you don’t have to look terribly hard to find it.

While the use of illicit drugs is technically illegal in Ecuador, it seems to be openly tolerated in Montanita.  In fact, the city has earned the nickname “Little Amsterdam” for its tolerance of marijuana.  Many of the vendors who peddle their wares along the beachfront actually do so as a front for a much more lucrative enterprise.

And, hey–like at any good frat party–when the alcohol gets to flowing, the inhibitions start to disappear.  Montanita is no exception to this rule.  At least one of its beaches is known as a place where many women sunbathe topless. 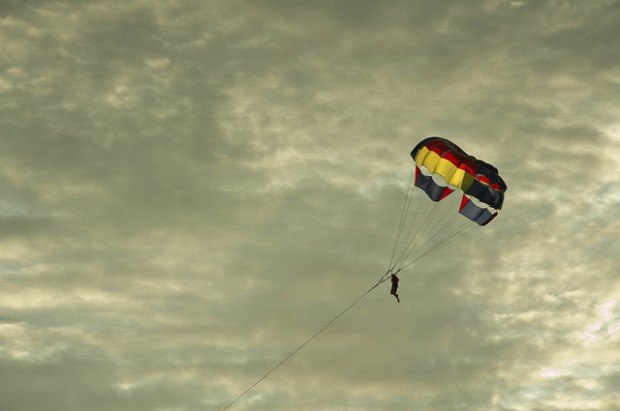 6.  Montanita is a place for adventure seekers.

While you’re more than welcome to sit back, relax, and enjoy some bird-watching, or just people-watching, Montanita is best suited for those with a thirst for adventure.  In addition to its world-class surfing, it’s also a great spot for scuba diving, fishing, or even land exploration.

A small mountain to the north (called “The Point”) separates Montanita from the more peaceful beaches of neighboring Olon.  A hike up to its peak offers some incredible views of the ocean and beaches.  The southern end of Montanita borders Manglaralto. With a name that literally means “high mangrove,” its estuaries offer great opportunities for fishing and exploring.

The lush hills that surround Montanita can be explored on bike or horseback, as well as on foot.  Many travelers hike or bike the few miles to the waterfalls at Two Sleeves and Olon.  Wildlife, such as exotic birds and turtles, can also be seen at the Valdivia Aquarium and nearby Machalilla National Park.

However, if your idea of travel or retirement doesn’t involve exercise, Montanita also offers much in the way of amenities and modern conveniences.  It’s home to several top-notch hotels, restaurants to suit any taste and budget, and shopping from a variety of stores and vendors.

7.  With its low cost of living, you might just end up extending your trip to Montanita, Ecuador.

A lot of things to do around Montanita are really cheap, some free in fact.  Like surfing or swimming.  Restaurants offer meals for reasonable prices, like a nice dinner for $8 or a hamburger from a street vendor for $1.50.  Bars and cabanas offer 2-for-1 tropical drinks during happy hour.  Hostels can be rented for $20 per night, and even the nicer hotels are reasonably priced.

Travel to and from Guayaquil is reliable and inexpensive.  And, should you decide to stay indefinitely, you can even rent a cozy two-bedroom place on the beach for as little as $600 per month.  And, since Ecuador has one of the lowest costs of living in Latin America, you could expect to spend no more than $1200 each month (including rent), depending on your lifestyle.

So, maybe you’re looking for a place with a great vibe, where you can party with people from all over the globe.  Or perhaps you prefer a destination where you can do some undisturbed people-watching from your lounge chair while sipping on a $2 daiquiri and soaking up some rays.

Come to Montanita, Ecuador, where you can do both.

18 thoughts on “Montanita Ecuador: 7 Reasons it isn’t for the Faint of Heart” 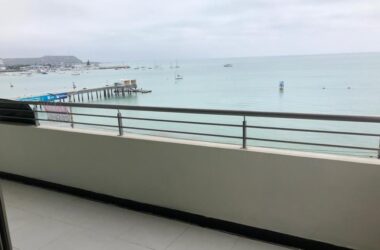 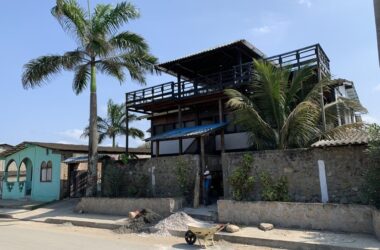 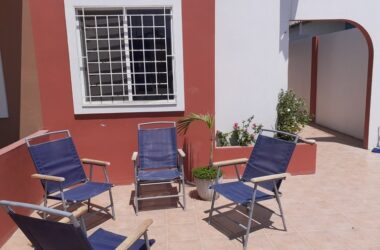