Home > Posts > Panama > Coronado > Where to Live Near Panama City

Where to Live Near Panama City

As one of the fastest growing expat destinations, Panama City offers a variety of options for a tropical home.  With an ever-expanding infrastructure, favorable residency laws and great discounts for retirees, the resurgence of Panama will continue to make living there an attractive choice.

Aside from the city itself, there are various locations in and around Panama City that can satisfy most every taste. From modern high end developments to more rustic settings, discovering which lifestyle is best suited to your individual desires is the best way to begin the transition to paradise. 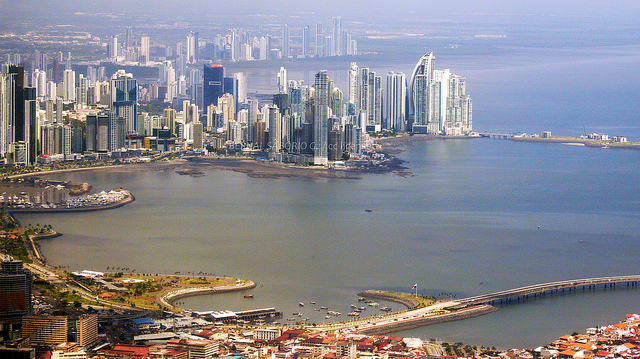 The Panama City, Panama Area Is A Blend of Styles

Panama City is much more than a dynamic Latin Tropic metropolis with a modern infrastructure. While the gorgeous skyline compares with such locations as South Beach, this capital city is actually comprised of three distinct districts-each with their own unique essence.

Whether you are looking for a high rise development in the new city, a restoration project in the old city, or the historical atmosphere of the old colonial area, there are many possibilities to choose from. 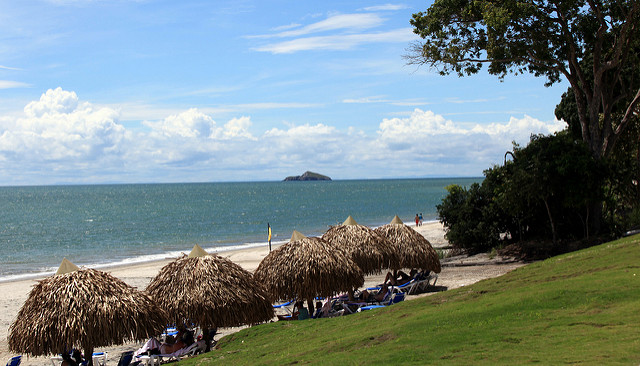 Perhaps no location exemplifies the potential for growth in Panama than Panama Pacifico. Located on the site of the former Howard Air Force Base, this project is, quite literally, building a new city from the ground up sprawling over 4,450 acres.

Conceived by Colombian businessman Jaime Gilinski shortly after the base closed in 1999, it would take until 2010 before construction could actually begin.  Since ground was first broken,  both residential and commercial projects have begun transforming this former military installation into a new and exciting community.

Being only 15 minutes from Panama City, Panama Pacifico is the ideal spot for expats looking for new construction and business opportunities. With only 15% of the property developed, investors can take advantage of abundant space to transform their dreams into a profitable reality. 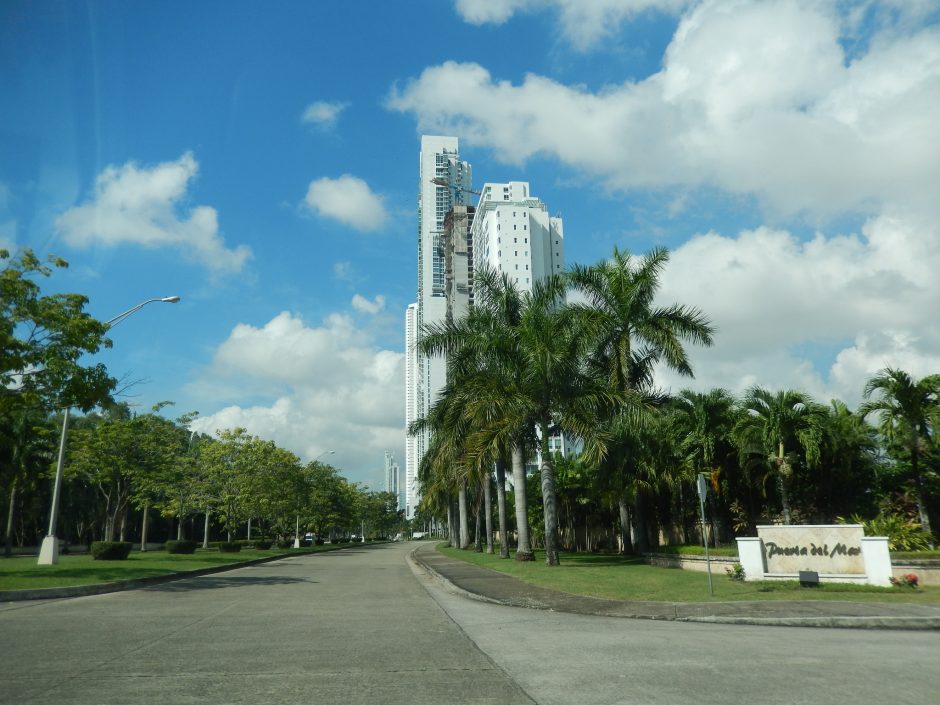 Costa del Este represents one of the newest areas of Panama. Its location, just five minutes from the heart of Panama City and ten minutes from Tocumen International Airport, have made it one of the most desirable neighborhoods outside of the city itself.

Housing here can range from luxury high rise condominiums to spacious houses. The modern infrastructure has attracted expats and investors who want to live and work in the tropics while enjoying all the amenities of any major U.S. city.

One of the most significant changes for expats and investors considering the Panama City area was the completion of the Pan American Highway. This highway system has made access to a number of popular destinations a manageable hour or so drive from the city center.

The list below highlights three of the most popular areas outside of Panama City. These locations have attracted the interest of retirees, expats looking for a second home, and investors seeking a higher ROI (return on investment). 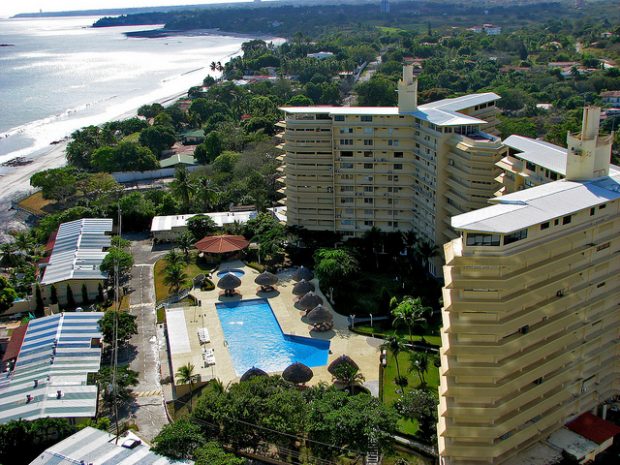 Coronado is widely considered to be the first planned resort community in Panama.  The dream of visionary developer, Bob Eisenmann, Coronado combines the rustic feel of several small villages with the modern amenities and infrastructure of a resort condominium community.

One of the most attractive features of Coronado, Panama is its climate.  Located in the “dry arch”, or arco secco region, less rainfall occurs here than in the rest of the country. The large number of English-speaking expats who live in the area is another attractive feature for those who may have trepidations about living in a country where English is not the primary language. 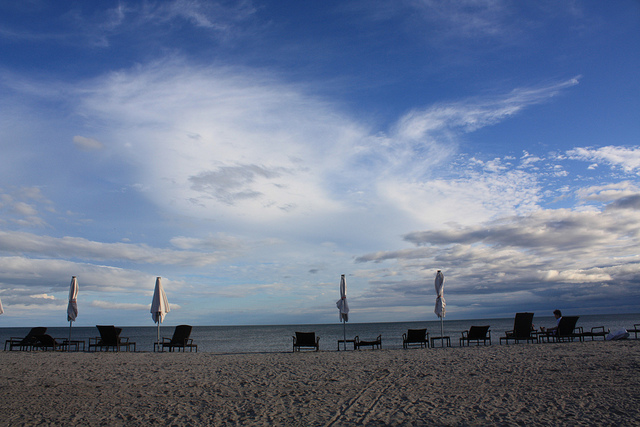 Much like Panama Pacifico, Farallon has risen from the remains of a military base a mere 68 miles from the capital. Once housing Panamanian troops, the facility was destroyed by the U.S. invasion in 1989. Since that time, Farallon and the nearby beaches of Playa Blanca have become one of the most sought after beach destinations in the Latin tropics.

Luxury resort properties, such as Buenaventura, are certain to appeal to those seeking modern amenities and an upscale lifestyle, without the frenetic pace of Panama City.  The new international airport at Rio Hato, a short distance away, makes accessing this white sand oasis easier than ever. 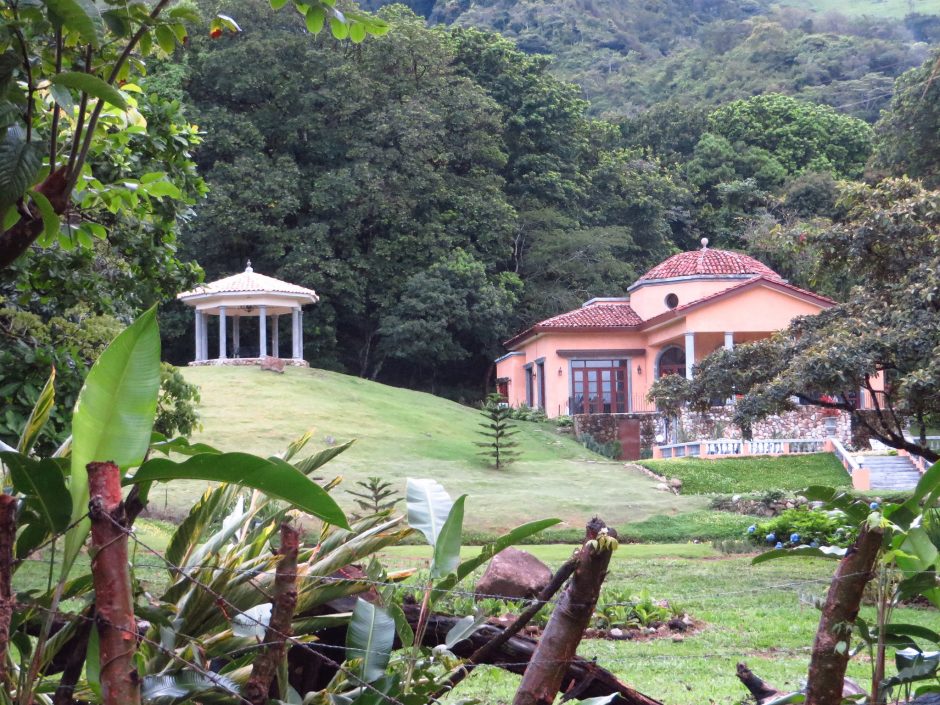 El Valle de Anton is a delightful seven square mile mountain village located roughly 120 km (75 miles) from Panama City. This rustic location is becoming a popular choice for expats seeking to find a less frenzied pace of life that is infused with the cultural essence of “old Panama.”

Located in the caldera of the El Valle volcano, El Valle de Anton is actually the second largest inhabited volcano in the world.  It has also become a favorite location for Panama City’s more affluent citizens seeking a weekend retreat far from the hurried pace of the city.

Whether looking for a rustic Panamanian village dwelling or a modern construction home, El Valle de Anton will continue to offer both a unique environment and a great potential for investment.

Panama City Has Both Potential And Promise

With such a wide variety of possibilities for a home in the Latin Tropics, as well as great investment potential, exploring the real estate market for yourself is a great place to start. Finding that “place in the sun” may be as easy as a click of a mouse. 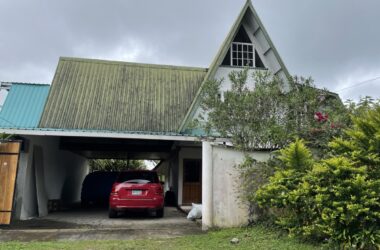 Boquete
Panama
Three properties on one lot, every one special and with individual uses. All together: unlimited options! The main house The main house was built in the 197...
8.0 beds
6.0 bath
Land Size:0 acres
Building Size:4,306 sq.ft.
$395,000
View Property 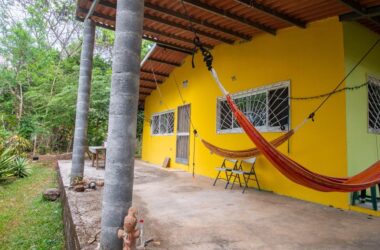 Affordable house with potential in Gualaca

Gualaca
Panama
Ideal climate for people who like the heat... it stays warm in the rainy season as well as in the dry season...So you will be able to enjoy every meal Outdoors ...
3.0 beds
2.0 bath
Land Size:0 acres
$89,000
View Property 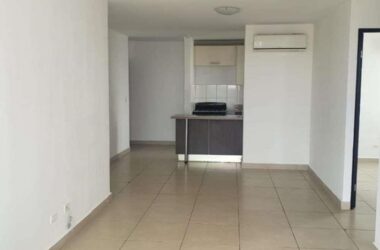 For sale apartment in Hato Pintado