Home > Posts > Panama > Burica > It’s True! You Can Afford to Move to Panama, and Here’s Where!

It’s True! You Can Afford to Move to Panama, and Here’s Where!

Panama has been a major player on the overseas retirement scene for a few decades. With its top notch infrastructure, incredible natural beauty, and attractive visa options, it’s a natural standout.

But with so much media attention and renewed interest in the area, it’s also become quite pricey. In many cases, the price of real estate and consumer goods rivals or even exceeds that of other trailblazing destinations in the region like Mexico and Costa Rica. 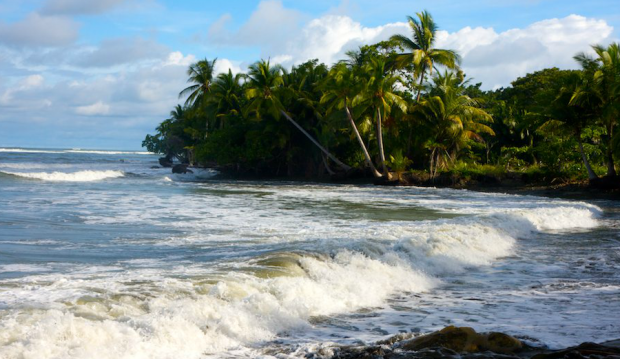 However, before you rule out Panama in your search for the perfect expat destination, there’s one other place I think you should consider.

It’s an otherworldly landscape that’s still relatively accessible (and becoming more so with each passing month). It’s perfect for those who love nature, adventure, and the incredible Pacific Ocean with all it has to offer.

And, though this area is definitely poised for some serious growth in the coming years, at present it’s still one of those places where you can score those rock-bottom real estate deals that you thought didn’t really exist anymore in Panama.

Are you dying to know what this top secret destination is? Well, I won’t keep you waiting any longer.

Getting There Is Half the Adventure

Burica, Panama, is only a two hour drive from David. However, those two hours of travel aren’t your usual winding journey along the coast or through the countryside. In fact, when we first started our Playa Burica project, there wasn’t even a road that would take you to the end of the Burica Peninsula where the town is located.

Since the dense jungles that cover the peninsula extended all the way to the water’s edge, residents had to drive directly on the beach (which was only possible at low tide) to even be able to access the Burica community.

The government has now put in a road that allows access to the entire peninsula, but it’s still a rough ride. Rest assured, though, what awaits you at the end of that bumpy road is well worth your effort. 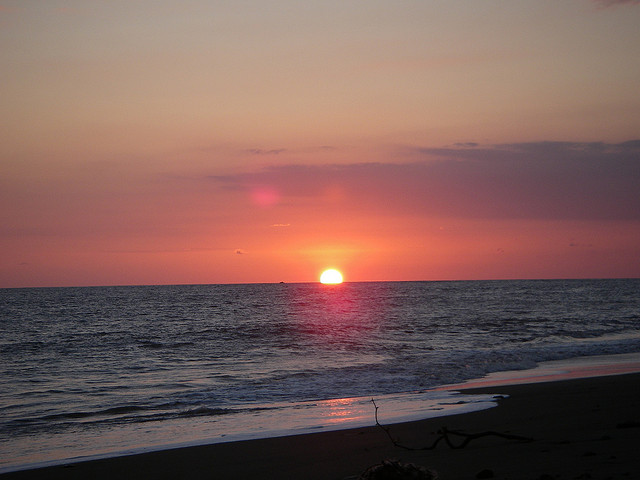 What Awaits You at the End of the Road

After bouncing along over a few miles of rocks and ruts, you’ll step out of your vehicle to some of the most amazing views in the tropics. Waves crash on the jagged volcanic reef that extends, in some places, as much as 200 meters out into the sea.

The reef, combined with the peninsula’s exposure to southern swells, allow for great surfing conditions. There are a number of secret surf spots in the area, which the locals guard with their life.

The deep-sea fishing off the coast of Burica is incredible, with many world record tuna, wahoo, black marlin, and dorado having been caught in those waters. One fishing lodge has already opened in Burica, and I’m certain others will follow.

The landscape is lush with tropical flora and fauna, and the beach is lined with towering palms inhabited by howler and capuchin monkeys, as well as the endangered red-backed squirrel monkey which is unique to the region. A look back inland affords views of Volcan Baru, Panama’s highest peak.

During low tide even more of the reef is exposed, which makes for an incredible moonscape. And, up until a few years ago, all of this wonder was virtually unknown to anyone except the locals.

Yes, You Actually Can Afford All of That

The amazing natural surroundings and opportunities for adventure that I just described could just as well have been excerpted from the listing for some exclusive resort property with an astronomical asking price.

But the prices in Burica, Panama, are far from excessive.

Because the area has only recently begun to draw attention from investors and developers like us, and because there’s little in the way of infrastructure or amenities, real estate prices are still relatively low. As such, there are some bargains to be had. 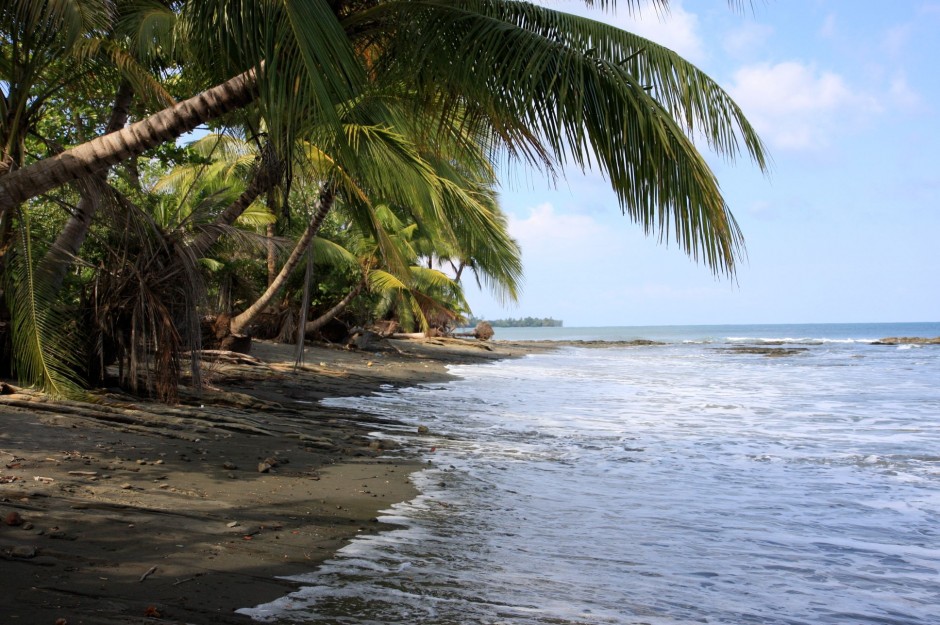 More Good News about the Value of Property in Burica

The area is in the second of the five stages of development we’ve identified for tropical destinations. That means it’s currently most attractive to large-scale developers who are buying large tracts of land as investments.

What that means is that, as more and more developers buy property in the Burica area, everyone else’s property value gets an automatic boost with little to no effort whatsoever. And every new development that gets built is going to have to include more and better amenities in order to keep up with the market.

It’s a win-win for property owners who get in during the early stages! It might be too late to be the first on the scene, but there’s still plenty of room for improvements that are going to make property values take off in Burica. 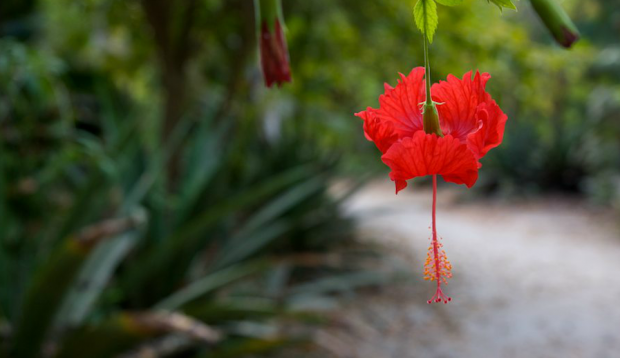 Even Better News about Real Estate in Burica

So, buying real estate at rock-bottom prices is good. Seeing nearby developments inadvertently up the value of your property is great. Having the government invest in infrastructure that greatly increases access to your land is even better.

We’ve already seen what happened to property values when the new road gave access to the end of the peninsula for the first time ever. Well, also in the works is a new 4-lane road from Paso Canoas, on the Costa Rican border, to Puerto Armuelles, which is the last “big” town before you head out across the peninsula.

This is important for a couple of reasons. First of all, it makes the area even easier to access. Secondly, this project foreshadows that the government is apparently planning to continue to invest in Puerto Armuelles, which is good news for Burica residents who will benefit from additional services and consumer goods nearby.

Another major infrastructure improvement that’s coming is the expansion of the airport in nearby David. When the current expansion and renovation are completed, the Enrique Malek International Airport will be able to open its runways to flights from the U.S. and many other nations that were previously unable to access this region directly.

The Clock Is Ticking for Burica, Panama Real Estate

These infrastructure improvements, which will infinitely improve access to Burica, could mean a tremendous influx of tourists, expats, and investors to the area. That’s nothing but good news for us pioneers.

But it’s also a compelling incentive to act quickly. Burica may be one of Panama’s last frontiers, but it won’t stay that way forever. Check out our Burica, Panama real estate page for what’s currently available in the area. If you think Burica could be your dream destination, the time to act is now.

6 thoughts on “It’s True! You Can Afford to Move to Panama, and Here’s Where!” 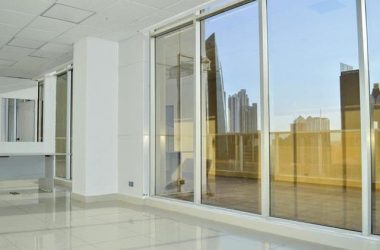 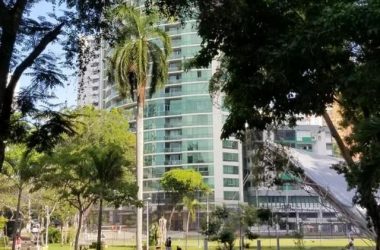 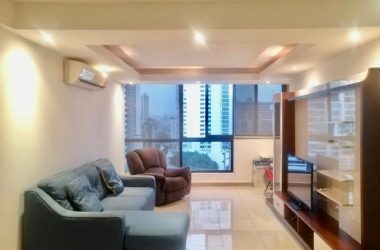