Home > Posts > Panama > An Inside Look at the Panama Economy

An Inside Look at the Panama Economy 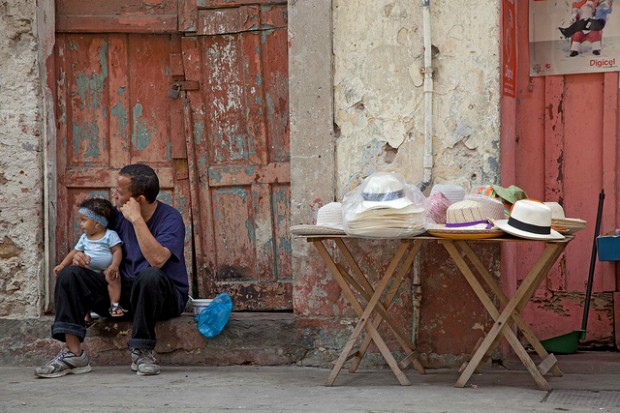 If you’ve done much reading about the state of the Panama economy, you probably already know that it’s “stable” and “growing” and “pro-business” and maybe even “foreigner-friendly.”

But what’s the basis for these types of claims?  What is it that really drives Panama’s economy, and how is it performing during some globally tough economic times?

Panama has a dollar-based economy that is heavily dependent on the services sector.  Namely logistics, banking, tourism, and of course the Panama Canal.  In fact, services account for over ¾ of the nation’s Gross Domestic Product (GDP).

With an estimated GDP of $30.68 Billion as of the end of 2012, Panama’s economy is the third largest in Central America and the fastest growing, racking up a whopping 10.7% increase last year (its second consecutive double-digit growth rate).  GDP per capita is around $9,444 and has more than doubled over the past decade.

The general composition of Panama’s GDP is 79.1% services, 16.6% industry, and 4.3% agriculture.  Transport and communications make up the biggest chunk of the service arena, followed by property and services, commerce, and financial services.  Here’s a breakdown of all areas and the percentage of GDP they represent:

It’s interesting to note that the Panama Canal itself accounts for only 4% of the nation’s GDP.  However, due to the multiplier effect, its impact is much farther-reaching.  Take into consideration, for example, expenditures by canal employees.  Their income in turn fuels businesses such as grocery stores, restaurants, schools, and other businesses.  As a result it’s estimated that the existence of the canal generates approximately 30% of the country’s GDP.

The Canal is currently undergoing a $5.5 billion expansion that will more than double its capacity.  Begun in 2009, this expansion has already contributed greatly to the nation’s economic growth.  Transport, storage, and communications increased by 15.3% in 2010.  Port operations during that same time frame also rose by 25.2% due to the increased movement of 20-foot containers.

With the completion of the expansion scheduled for 2014, additional growth is anticipated.  Some estimate that 40% of the $5.5 investment will be recouped in the next 5 years. 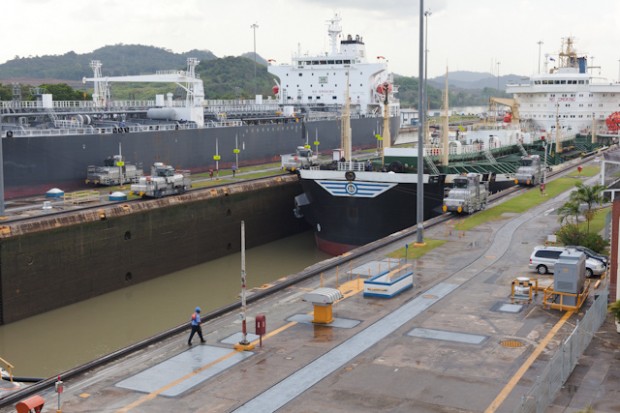 Panama’s ratio of public debt as a percentage of GDP is a relatively low 39.2%.  This number is down drastically from 66.2% in 2005, due to fiscal consolidations by the current administration.  Panama’s Standard & Poor’s bond rating is BBB.  It also received a Moody’s credit rating of Baa2 with an outlook of Stable.  This positions Panama among the highest ranking emerging markets, alongside Mexico, Brazil, and Peru.

Panama’s inflation rate, which has been as high as 6.82% several months ago, was down to 4.1% as of March 2013.  This rate fluctuates greatly in Panama’s dollarized economy, since the country lacks the ability to implement policy or adjust exchange rates to counteract rising consumer prices.  Panama’s inflation rate has generally averaged around 5.24% for the past 5 years.

Panama’s unemployment situation is a unique one.  Although generally low (it’s hovered around 4.2% for the past 3 years), it’s also unbalanced.  While Panama experiences a surplus of unskilled labor, it also has a shortage of skilled labor.

Efforts are currently underway to address this problem.  Millions are being invested into education to build a strong, skilled labor pool.  In the interim, the country is welcoming business professionals from other “friendly” countries to come to work or start a business in Panama.  This is quite a shift, since Panama has historically taken great care to prevent foreigners from taking jobs away from Panamanians.

Panama continues to rank higher and higher on surveys citing the best places to do business.  It recently appeared at #57 on Forbes’ list of Best Countries for Business.  Panama also ranked 40th (out of 144 countries) for Global Competitiveness per the World Economic Forum.

World Bank and the International Finance Corporation ranked it #72 (out of 183 countries) on a list of Best Countries for Doing Business.  The same survey scored it as #11 for Trading across the Border, #23 for Starting a Business, and #32 for Getting Credit.  However, it fell to #113 in the same survey for Registering Property and #119 for Enforcing Contracts.

Panama was also given a rank of #71 by the Wall Street Journal and the Heritage Foundation on its Index of Economic Freedom.  It scored a 62.5 on the index, where 100 = totally free and 0 = totally repressed.  This survey measured freedom in a variety of areas.  Panama’s lowest scores were the result of governmental corruption and political interference in the judicial system.

Like any developing nation, Panama has and will continue to face a myriad of economic challenges.  Many are merely the flip side of the same coin that has led to its economic growth.  For instance, Panama’s economy is extremely open.  As a result, it is highly susceptible to external factors.  Fluctuations such as a decreased demand for exports to the U.S. or a smaller flow of capital into Panamanian banks could have huge implications for the nation’s economy.

Panama is also plagued by high poverty and inequality of income distribution (the second worst in Central America), so it has a tremendous need for sustained growth that is socially inclusive.  As previously mentioned, the country has begun to address the issue and is currently investing heavily in its educational and vocational programs.

This brings us to the issue of government spending.  As it grows, Panama will continue to struggle with the need to strike a balance between investing in more and better improvements while also maintaining good fiscal management and eliminating corruption from the projects it undertakes.  While these enhancements are warranted if Panama expects to keep up with other major players in the areas of tourism and banking, the nation will have to be prepared to take measures to sustain its economy, such as raising taxes.

In terms of its economic outlook, Panama has a lot of good things going.  Its recent $15 billion investment into infrastructure has and will continue to fuel many investment opportunities.  Airport expansions will bring more visitors to the country.  Better roads and methods of transportation will ease companies’ ability to do business within the country.  Additional utilities, such as water, power, and phone service, will add value to real estate.

Panama recently signed Free Trade Agreements with the U.S., Canada, and the European Union.  Proposed mining projects will also give the economy a boost.  Not to mention the Canal, which will more than double its capacity with the current improvements.

If Panama continues to post 10%+ growth, it could soon be poised to earn its slot as the largest economy in Central America.  If you’re considering investing or starting a business in Central America, find out more about Panama and the options it offers.

Just in case there’s some other piece of information you’d like to know, that we haven’t already covered, here are a few more statistics on Panama’s economic profile (as of 2012):

Taxes and other revenues 26.5% of GDP

Budget Deficit or Surplus -2.9% of GDP

24 de Diciembre
Panama
Las Américas Industrial Park is located in the eastern sector of Panama City in a globe of land of approximately 200 hectares, and is designed to be developed i...
Land Size:0 acres
$3,581
View Property

24 de Diciembre
Panama
Las Américas Industrial Park is located in the eastern sector of Panama City in a globe of land of approximately 200 hectares, and is designed to be developed i...
Land Size:0 acres
$6,259
View Property

Warehouse for rent Industrial Park of the Americas