With stunning volcanoes, wildlife-covered islands, diverse inhabitants, and mystical rivers, Lake Nicaragua’s expansive waters offer endless exploration for nature and adventure lovers. The unusual history and geography of this lake as well as its plentiful and often endangered wildlife makes it a fascinating place to explore. 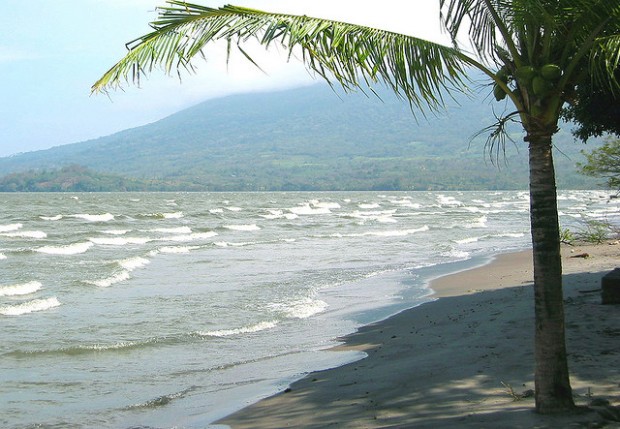 Lake Nicaragua likely played an integral role in Nicaraguan society in previous centuries. It is predicted that indigenous tribes caught fish in the lake and used its freshwater for cleaning and drinking. For centuries this lake has been an important connection between the Caribbean Sea and inland Nicaragua as well as its colonial city of Granada. In fact it is precisely the geography of this lake that led Granada to first be conquered and developed.

However, as transportation transitioned to modern forms, the lake no longer became necessary as a mode of transport. Today the lake maintains its value through its absolute beauty and environmental importance.

Many years ago it is supposed that Lake Nicaragua and Lake Managua formed an ocean bay that eventually became two lakes due to a volcanic eruption. The ocean fish that were trapped in these lakes adapted to freshwater, evidenced by the fact that this lake is the only freshwater lake in the world that contains oceanic animal life.

The largest freshwater lake in Central America and one of the largest in the world, Lake Nicaragua spans 110 miles in length and an average width of 36 miles with an area of 3,149 square miles. At its deepest points the lake plunges for 200 feet. The water level is at its lowest in the country’s dry season between December and April, and highest during the rainier months of May through October.

The lake feeds over 40 rivers, the largest is the Tipitapa River and the most famous being the San Juan River. The San Juan River connects Lake Nicaragua to the Caribbean Sea along a 112 mile course through dense forest. It also connects Nicaragua with Costa Rica and is separated from the Pacific Ocean to the west by a narrow corridor of only 12 miles.

More than 400 islands dot the lake and 300 sit just beyond Granada. These islands are covered in vegetation and wildlife and some are inhabited and somewhat developed with homes and restaurants.

The largest and most frequented island is Ometepe, which is 16 miles long and 8 miles wide. It was formed by two volcanoes, Concepcion and Madera, which are connected by the lava from numerous eruptions. 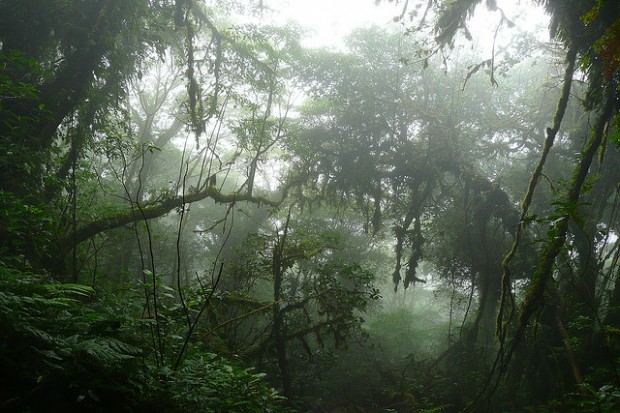 Lake Nicaragua plays a key role in the ecology of Nicaragua. It houses a vast spectrum of aquatic wildlife and also provides hydration for vegetation located in and around the lake.

The large perimeter supports a variety of climates including moist tropical forest to the south and dry forest to the east, north, and west.  Most of the islands and islets are covered in dense vegetation which consists of tropical dry forest.

The tops of Maderas on Ometepe Island and Mombacho which border the lake on land have a highly unique ecosystem. They are the only places in the Pacific region of Nicaragua where cloud forests are present and consequently support impressive flora and fauna.

Thousands of species of wildlife live in and around the lake including birds, plants, and aquatic life. Birds are particularly abundant around the islands and islets but can be found all over the lake. Egrets and herons tend to stay on the waterside while flocks of cormorants can be spotted hunting for fish. Hawks and kites also hunt on the lake.

Over 40 species of fish live in Lake Nicaragua which includes 16 species of cichlids, or angelfish as many of us know them. It was estimated in 1994 that over half of the biomass of the lake consists of angelfish, which are the most popular fish purchased for home aquariums. This species is the most exploited in the lake and their prevalence has dropped significantly.

The most famous marine creature in the lake is the Caribbean bull shark, considered a freshwater shark. Its tolerance for freshwater has enabled it to survive in the San Juan River and travel into Lake Nicaragua. In past centuries the sharks would venture back and forth from the Caribbean sea into the lake however with each generation comes greater adaptation and these sharks began reproducing in the freshwater. They became permanent inhabitants in the San Juan River and in Lake Nicaragua. These sharks are aggressive predators and were feared by local fisherman and lake inhabitants.  In response a shark-fin processing plant was built on the San Juan River killing thousands of shark every year. Today few remain, they are considered essentially wiped out, and have become somewhat legendary figures.

Other endangered fish that live in the lake include the big sawfish and the fine-toothed sawfish.

How to Enjoy the Lake

There are many ways to enjoy the splendor of Lake Nicaragua, including checking out the views from nearby volcanic craters, touring the many islands, and sailing down the Rio San Juan.

Marvel at the views at the top of Mombacho

The Mombacho volcano, located less than 10 miles from Granada, offers stunning views of Lake Nicaragua and its many islets. The volcano itself has four craters which are covered with cloud forest. Once atop the volcano it is possible to hike on and around the craters for views and wildlife spotting.

There are many types of trees and plants that are supported by the cloud forest’s humidity as well as howler and white face monkeys, snakes, deer, reptiles, birds, and insects. The volcano also has several endemic species including the Mombacho salamander which can only be found here.

To reach the volcano, one must take a grueling hike or a steep and adventurous jeep ride up to the top. Here you will find a tourist center where maps, photos, and information on the flora and fauna is available. It’s also possible to hire a private guide. The entrance fee and ride to the top costs $15 round trip.

Tour the Islets of Lake Nicaragua

Formed by volcanic activity, the 365 islets of Lake Nicaragua are one of Granada’s main attractions. Views of nearby Mombacho create a dramatic backdrop while exploring the lake.

The islets support an entire community with homes, schools, shops, hotels, and restaurants, using boats as their principal form of transportation. The most famous island is called Monkey Island, covered in indigenous monkeys.

The best way to explore the islands is through private boat tours, which can be arranged at the docks along the lake near Granada. Many private boat operators will take groups on hour-long tours for $15. 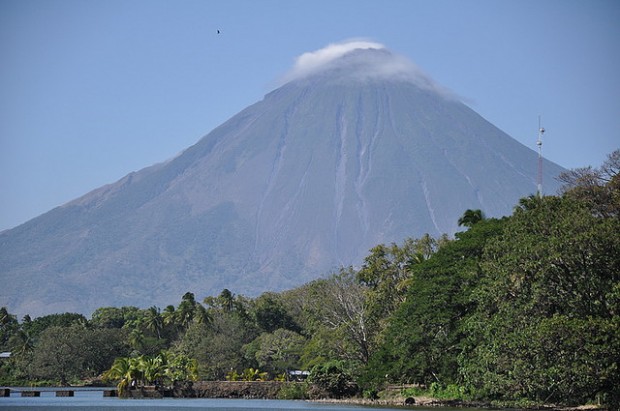 Ometepe is one of the top destinations in Nicaragua and for good reason. If the majestic site of two volcanoes in water formed by an isthmus is not enough to entice travelers, it is the largest volcanic island in a freshwater lake in the world, is teeming with wildlife, and is rich in fascinating history.

This island is often called the “Oasis of Peace” and was regarded by ancient indigenous inhabitants as the promised land and a sacred island. Pre-Columbian artifacts cover the island and it is considered one of the great rock art areas in the world with its many petroglyphs and stone idols carved into its basalt boulders. With its ancient Mayan, Nahuatl, and Chorotega roots the island celebrates more religious and folk festivals than anywhere else in Nicaragua.

The volcanic ash yields extremely fertile soil so the land produces abundant crops which is why many sustainable farms, eco hotels, and organic restaurants grace the island.

Ferries leave the mainland from Granada and Rivas to reach Ometepe where one can stay in the many towns and arrange epic volcano hikes, biking excursions, and nature tours.

Boat down the Rio San Juan

Nature and adventure lovers will be enchanted by the epic journey down the San Juan River. Both sides of the river teem with wildlife and nature and hundreds of birds live along the river.

The boat excursion travels the entire length of the river out to the Caribbean into the Indio-Maiz Biological Reserve with its plentiful rainforest and wildlife. It is home to many endangered species including howler, white faced, and spider monkeys, jaguars, giant anteaters, crocodiles, toucans, scarlet macaws, and orchids and butterflies.

You can also take shorter trips to the many port towns along the way. Most boats begin in San Carlos which is accessed by plane or a rather bumpy boat ride from Granada.

Short tours take a few hours and cost around $20 while 12-hour tours that take you to the Indio-Maiz cost $70. Custom multi-day trips can also be designed and are best done with larger groups to lower costs. 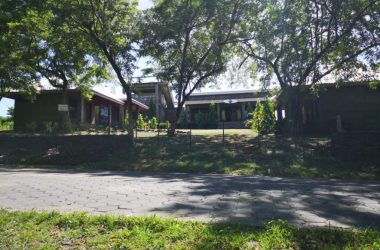 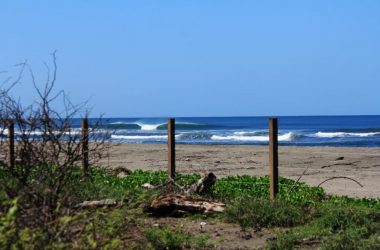 Beachfront Lots on the Venecia Peninsula of the Padre Ramos Estuary 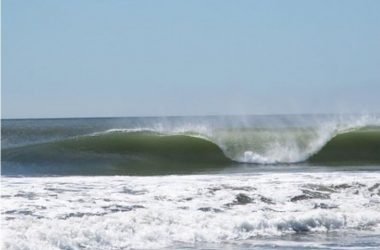