Home > Posts > You’re Paying How Much for Health Insurance?!

You’re Paying How Much for Health Insurance?! 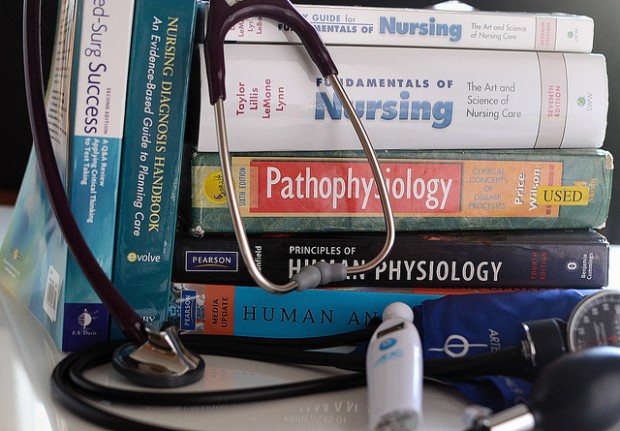 Being an expat in Panama affords me many luxuries I never had back in the U.S.  One is the ability to distance myself from the seemingly never-ending political debates that increasingly plague the country I once called home.

It’s not that I keep my head in the proverbial sand.  Far from it, actually.

I certainly try to stay abreast of what’s going on back in the States, and the world for that matter.  I’m just able to do it from a different perspective now.  One that doesn’t cause my blood pressure to rise every time I hear about the government making a decision that takes even more hard-won freedoms and hard-earned dollars away from its constituents.

My North American friends are facing tough times ahead.

But I read something the other day that really made me realize how bad things have gotten.

I logged on to see what was happening in the lives of friends I keep in touch with through social media, since moving to Central America several years ago.  I was shocked to read my buddy’s status update which stated that the health insurance for his family of four was increasing from $450 per month to a whopping $923.  He wondered what others in his same boat were doing to combat similar rate hikes.

Almost as shocking as his post were the comments in the thread.  Friends shared stories about how they were experiencing the same increases.  Not only were their premiums rising, but deductibles had doubled.  Co-pays and out-of-pocket limits were increasing.

Most of the comments had to do with abandoning insurance all together and just paying the fines.

Triple and quadruple the premiums for less coverage?

I decided to research further and found that the implementation of Obamacare will cause the underlying insurance rates for young Americans to increase by 55 to 62 percent for women and 97 to 99 percent for men.

Those numbers are even higher in some areas, such as North Carolina where rates will triple for women and quadruple for men.

Of course these rates vary based on location, as well as the age and health of the individual.  Americans who are youngest and healthiest will help foot the bill for sicker individuals or those who’ve been previously denied coverage.

And these increases don’t even take into account the fact that America’s middle class will not only pay higher premiums for their own coverage, they’ll also pay higher taxes to help fund the subsidies for those in the lower income group.  They’re also not always comparing apples to apples, as most calculations use the second-cheapest option of the Obamacare plans.

I didn’t realize how good I have it!

Holy cow!  Maybe I am a bit behind the times, living in Panama, but I honestly had no idea just how good of a thing I have down here!

What’s more is that our plan actually covers us in the U.S. too–as long as we spend at least 180 days abroad each year.  That’s not a benefit we plan on using–because the health care here is fantastic–but it’s nice to have that peace of mind in knowing that we could travel back to the States for treatment if a really serious situation arose.

I’m saving over $14k per year by living here.

So, let’s do a little comparison here.

By the administration’s own estimation (so take that with a grain of salt), the average monthly cost for health insurance in the U.S. will now be $328 per person (according to Department of Health and Human Services data).  That’s a broad average across the board.  Regardless of age, health, location, blah-blah-blah.

That means my family is saving over 90% on health care by living abroad (not to mention all the other amazing benefits that you just can’t put a price on).  I don’t really think that’s apples to apples either, since research shows that U.S. health care dollars don’t necessarily get its residents the best bang for their buck.

There has never been a better time to consider moving your family overseas.  Even if it’s just for a “gap year,” a trend that’s gaining popularity among many North American families.

Ever-improving technology is making working remotely and homeschooling your children simpler than ever.  And an ever-flattening globe is making the ability to speak another language and interact with other cultures almost necessary requirements for the future generation of employees.

And, since health care isn’t the only thing that costs less in Central America, you could work a whole lot less and still live better than you ever dreamed.  Consider the invaluable benefits to your children and the memories you could make together as a family.  In short, the cost savings isn’t the only reason to consider a move.  It’s not even in my top 5.

More places you can save…

But, since health care is the topic at hand, here are a few more places in Latin America where you can score a bargain on insurance.

More reasons to give it a try…

I mentioned that the cost of living wasn’t a top priority in my family’s decision to move to Panama.  So you might be wondering what was.

In actuality it was a lot of things.  Namely the opportunity to have the freedom to live life on our own terms.  The ability to simplify our lifestyle and shed the expectations of the North American culture.  To teach our children what we believe is important, not what society dictates.  To expose them to new things and people they might never have otherwise known about.  And to allow them to have fun just being kids.

Was it scary at times?  Absolutely.  Especially in those first few months.  But then again, so is logging onto Facebook these days.

There are lots of resources available for families considering moving abroad, including a guide that we compiled based on our experiences.  If you’re one of the thousands of Americans currently considering becoming expats, you can find out more here.

One thought on “You’re Paying How Much for Health Insurance?!”

Costa Rica
Located right in the middle of Guiones and Pelada, the lot is perfect for a mixed-use project. With plenty of space for a home and another dwelling as commercia...
$229,000
View Property
See All Listings In The Area
Share6
Tweet
Pin
+1
Share
6 Shares
Free Tropical Toolkit
Free 200+ Page Report: Top 57 Places to Live & Invest