Home > Posts > How to Spot a Jaguar

How to Spot a Jaguar 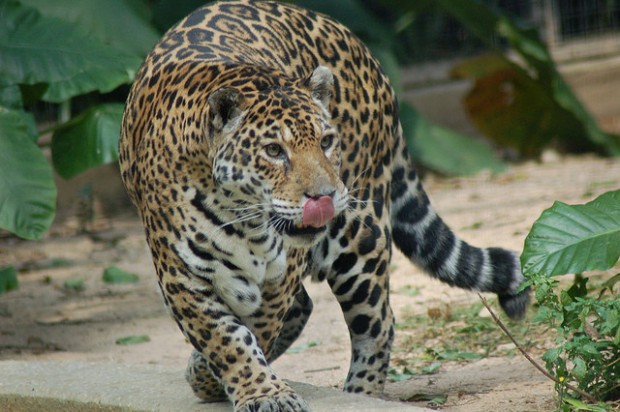 The third largest feline in the world (behind the tiger and lion) and the largest in the western hemisphere, the jaguar makes its home in the jungles from Northern Mexico to Northern Argentina.

Today this majestic giant, recognized by its pale yellow coat and black spots, is found almost exclusively in the forests of government-protected reserves and is considered a ‘near threatened’ species by the International Union for the Conservation of Nature (IUCN).

Why are Jaguars ‘near threatened’?

Hunted heavily for its gorgeous coat in the 1960’s and 1970’s, thousands upon thousands of jaguars were killed annually until the Convention on the International Trade in Endangered Species (CITES) brought the fur trade to an almost immediate halt in 1973.

Extinct in El Salvador and Uruguay, yet still living in 18 countries in Latin America, the best place to catch a glimpse of these mysterious animals is Belize.

In Belize you will find the only jaguar preserve on the planet, the Cockscomb National Park. This park covers 150 miles of lush rainforest and is home to 200 jaguars.

And while there is no guarantee that you will spot a jaguar if you make the trip down to Cockscomb, here your odds will be better than any other place on earth.

Jaguars have binocular and color vision, an extremely heightened sense of hearing and are known for their stealth. Needless to say they are not the easiest animals to find and spotting one would be a rare and thrilling occurrence.

But with a little luck and these tips to direct you, you may just get to view one of these breathtaking cats stalking through their jungle home.

Even if you don’t spot a jaguar, you will not leave Cockscomb disappointed. Alive with a diverse range of animals like peccaries (wild pigs), toucans, and howler monkeys and simply bursting with colorful flora and over 290 species of birds, Cockscomb is still worth the trip.

Although your chances of seeing a jaguar in Costa Rica may not be as good as they were on the jaguar reserve in Belize, jaguars still roam the jungles of Costa Rica. Scattered across the country in numerous protected areas, the large cats have been spotted in places like the Children’s Eternal Rainforest, La Selva Biological Station, and the Corcovado National Park to name a few.

Corcovado National Park covers 475 square kilometres and is packed with 500 species of trees, 370 species of birds, over 4,000 insects and thousands of wild pigs.

Despite being on a protected reserve, poachers continued to illegally hunt peccaries until the jaguars were forced to venture out to the neighboring farmland in search for food, where they were often killed on site.

Despite the low number of jaguars, your best chance of spotting one is by boat. Jaguars prefer the river bank to rest and hunt, so climb in a boat and scan the river bank for a glimpse of these spotted felines.

Are you ready to spot a jaguar?

No, it won’t be the easiest task, but if you are determined to see a jaguar in its natural environment, there is still a chance. Play the odds and head for Belize.

And once there, hire a guide, practice extreme patience, cross your fingers for a little extra luck and you just might get the rare opportunity to see this beautiful and secretive animal up close. 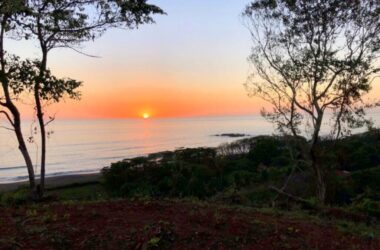 Large home 300m from the beach – UNDER CONTRACT