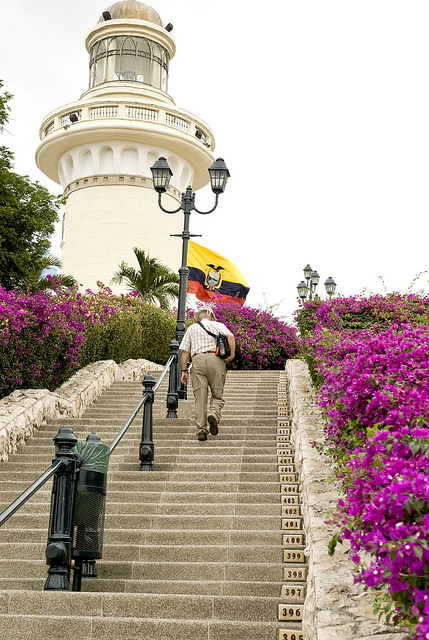 If your knowledge of Ecuador is limited to its strategic positioning along the Equator and a sticker on your banana, these Ecuador facts will help you become better acquainted with this South American country.

The country itself is just slightly smaller than the state of Nevada and is situated on the northwest coast of South America.  While much of the country is coastal, it also contains two parallel chains of the Andes Mountains.

Ecuador is bordered by the Pacific Ocean to the west, Colombia to the north, and Peru to the east and south.  While the Equator does divide the country, it isn’t equally.  Most of the country is actually in the Southern Hemisphere.

Ecuador was originally part of the Incan Empire, until it was taken in 1533 by the Spanish Conquistador Francisco Pizzaro.  Known as “Quito,” which is today the name of its capital city, it became a seat of Spanish colonial government.

The nation withdrew in 1830 and changed its name to “Republic of the Equator.”  Since that time, the country has seen great instability and many tumultuous years of border wars.  The most recent, with Peru, was ended with a peace treaty in 1999.

Ecuador is divided into four distinct regions, which are occupied by peoples of varying ethnicity.  The Costa, or coastal plain, has a tropical climate that produces enough bananas to earn the country top billing as the world’s largest banana exporter.

The Sierra, or Andean uplands, has a much cooler climate, which makes it suitable for farmland.  The jungles to the east of the Andes, or the Oriente, are a source of oil, which contributes greatly to the country’s economy.

The Galapagos Islands, of Darwinian fame, are also part of Ecuador.  These volcanic islands, located 605 miles off the coast, attract hoards of tourists with their unusual species of birds, plants, and reptiles.

Ecuador’s population is equally as diverse as its landscape.  The majority (71.9%) are mestizo, of both European and American Indian (“Amerindian” to Ecuadorians) descent.  Montubios (7.4%) and Afroecuadorians (7.2%) make up the next largest segments of the population, followed by Amerindian (7%) and white (6.1%).

Spanish is the official language of Ecuador.  Quechua and Shuar (indigenous languages) are also spoken.  Approximately 95% of the population identifies with the Roman Catholic Church.

Ecuador’s cultural diversity is easily recognized between its various regions.  Those of European descent (though representative of a small percentage of the population) often own land in Quito and the Andean uplands, which is populated by most of the country’s indigenous people who work as subsistence farmers.  Consequently, land-tenure reform is an ongoing battle.

Guayaquil, the country’s largest city and most important business center, is located on the coastal plain and populated mainly by mestizos.  This region represents the richest area of the country.  Yet arguments exist that tax revenues are disproportionately spent in the capital city of Quito.  These and other issues contribute to the country’s constant political instability.

Ecuador’s government is a republic, and its capital is Quito.  Plagued by years of turmoil, the country saw 48 presidents during its first 131 years as a republic.  The nation was under military rule in the 1970s, and the past 30 years haven’t been much more effective.  This is largely due to a weak executive branch, combined with a cantankerous congress.

The executive branch consists of a president and vice-president, elected (on the same ticket) to a four-year term and eligible for a consecutive term.  The legislative branch is made up of a unicameral National Assembly of 137 members, who also serve four-year terms and are elected through a party-list proportional representation system.  The National Court of Justice, containing elected judges, and the Constitutional Court, whose justices are appointed by the other government branches, round out Ecuador’s judicial system.

Three of the country’s last 4 elected presidents have been ousted before their terms expired.  Current president Rafael Correa was re-elected in the February 2013 general election.  Ecuador also ratified a new constitution in 2008, the nation’s 20th governing document since gaining its independence.

The U.S. dollar has been the official currency of Ecuador since 2000, when Congress approved its adoption to help stabilize the country’s economy which was reeling from a banking crisis.  This move worked, as the economy has improved, due also in part to high oil prices as the country is heavily dependent on its petroleum industry.  It accounts for more than half the country’s exports and roughly 40% of public sector revenues.

The current administration’s default on some bonds and its termination of investment treaties (including one with the U.S.) contributed to growing uncertainty and a decline in private investment, which led to a few years of economic downturn.  However, the economy has been growing steadily in recent years, up as high as 8% in 2011 and with a slight slowdown to 4% growth in 2012.

Just in case we failed to mention any specific Ecuador facts you were looking for, here are a few more stats you might find helpful. 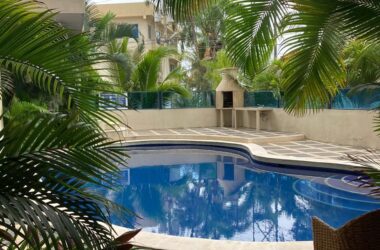 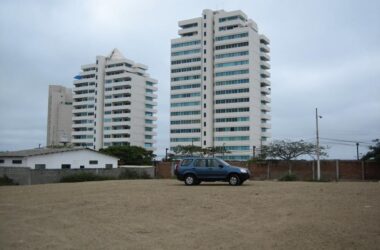 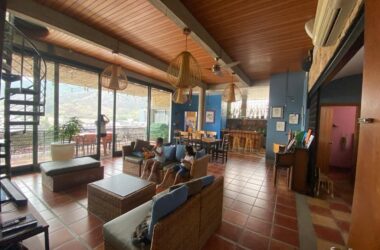 The Perfect Apartment To Make Your Days Be Merry And Bright