If you check out the lists of the best places to retire or live as an expat, you’ll see one location come up again and again: Panama City, Panama. Unlike many large metropolitan centers in Latin America, Panama City is a true first world city, boasting all the modern conveniences you would expect in places like San Francisco or New York.

You’ll be able to take for granted things like international banking, top-notch health care, and high-speed Internet in Panama City, while appreciating its proximity to some of the most beautiful natural spots in the world and two coastlines to explore. And you can still take advantage of the reasonable cost of living most people associate with the Latin Tropics.

Here’s a look at why Panama City, Panama, is such a popular expat destination. 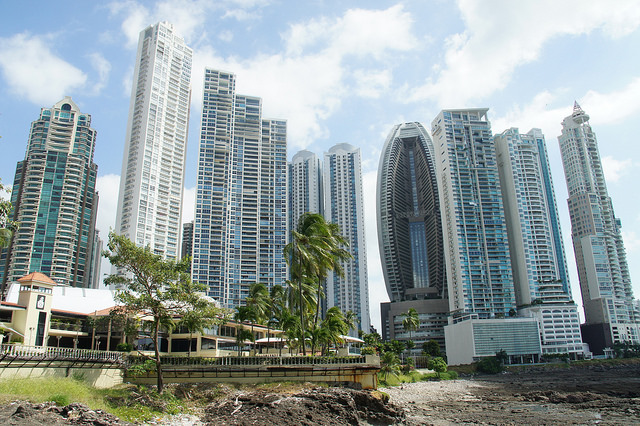 Welcome to a Vibrant, Modern City

Located at the western end of the Panama Canal, Panama City is known for being a rare first world Latin American city. With a population of just under a million people, its impressive steel and glass skyline overlooking the Bay of Panama could easily trick you into thinking you’re in Miami. In fact, if you read on, you’ll see that Panama City has much in common with the Miami of just a few decades ago, which bodes well for expats making it their new home.

The roads in Panama City are in great shape, and it is easy to find outpatient and hospital care there on par with U.S. standards. Numerous international corporations are headquartered there, and Panama City is also home to artists from around the globe. Each year Panama City hosts festivals celebrating jazz, dance, and film, and if you like to go out at night, there is no lack of entertainment.

Across the bay, close to downtown, visitors and locals alike can be found soaking up culture and cuisine in Casco Viejo, the old city. Built upon a seawall to defend the city against pirates, Casco Viejo is undergoing a major renovation, giving a facelift to historic buildings and providing a lively contretemps to the skyscrapers nearby.

Outdoor enthusiasts need look no further than than the outskirts of the city to find amusement. Water sports abound, and Panama is home to some of the best bird watching on the planet. Go east or west – either way you’ll hit some spectacular coastline worth making the focus of your next vacation. And if you’re a sports fiend, you don’t even have to leave Panama City to find soccer matches and golf courses to make your friends at home drool. 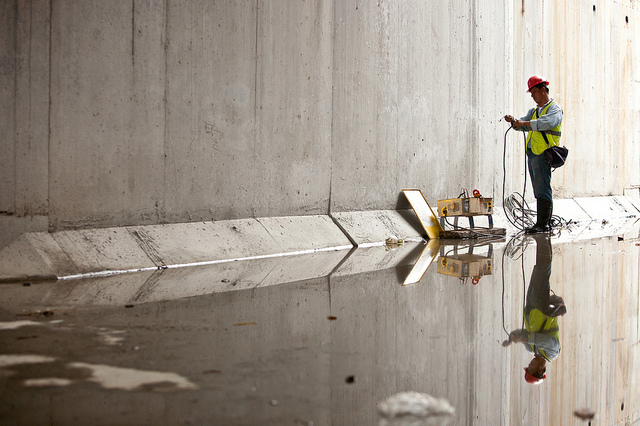 Panama was founded in 1519, and it has a rich history. But the real growth of Panama occurred after the end of the Noriega dictatorship and the return of the Panama Canal zone by the U.S. in 1999. Old U.S. military bases have been turned into stunning residential neighborhoods. While most of the rest of the world has languished during the recent financial downturn, the Panamanian economy has expanded by nearly 50%.

Panama is eager to attract commerce, expats, and tourists. A$5.25 billion renovation of the Panama Canal is expected to double its capacity. In the late 1990s, Panama City had only a few thousand hotel rooms; it now offers more than 15,000, with another 4,500 in the works, many with major chains.

You’ve probably heard that Panama City, Panama, is a popular expat locale. That it is, and not just with those escaping the U.S. The city is full of German, Chinese, and French influence, among others, and its international flavor is a fitting reflection of the canal that has linked two sides of the world for generations.

Food and hospitality are a common place to see this global influence, and it is here that the comparison with Miami in the late ’80s is often made. Urban Panamanian cuisine is still developing, but it will likely be a eclectic mix of the best of all world cultures with indigenous ones.

Panamanian food is not as spicy as what you find in other Latin American countries, and much of it features corn products. Seafood and fish are abundant, of course, with Panama’s ability to pull fresh catches from both coasts.

In spite of its tremendous growth, Panama is still geographically small enough that you can get a good taste of its varied topography and microclimates without having to travel very far. (You can still actually run into monkeys and anteaters within the Panama City limits.)

In the space of a few days, you can experience the big city, beach relaxation, and rural mountain life. Don’t like the climate where you are? Drive to the coast for a breeze or spend a few cool nights in the hills before heading back to the year-round heat of Panama City. 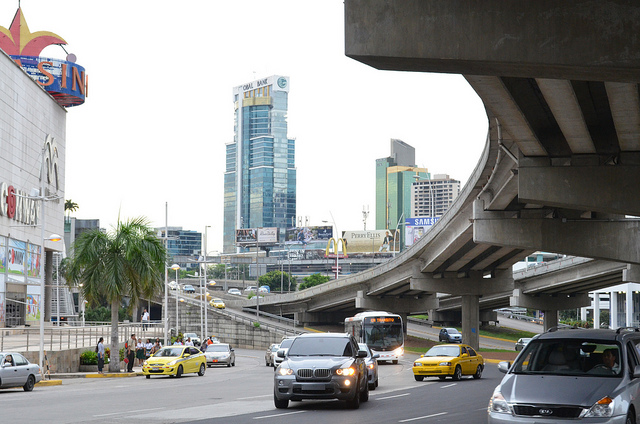 Panama City, Panama, Has a Reasonable Cost of Living

Sometimes in Latin America, low cost of living comes at the expense of quality of life, modern amenities, or political stability – not so in Panama City. There you can find high quality living quarters that are within the means of someone subsisting on a pension or retirement benefits. A couple can live on about $1,500-2,000 per month in Panama City, and approximately half of that would be devoted to rent.

The more you can live like a local, the more money you can save. Eating foods grown nearby, using public transportation, and taking advantage of local entertainment, like in Casco Viejo, will not only make it easier on your wallet, it will truly enrich your expat experience. You don’t want to move to a foreign country just to replicate your life in the U.S. – you want to transplant some basic amenities in a new and exciting culture. This is the appeal of Panama City.

One of the amenities you won’t have to sacrifice is health care. Panama City has very cheap but high quality health care. Hospital Punta Pacifica, for example, is affiliated with Johns Hopkins but runs about 50% of the bill. Clinica Einstein in El Cangrejo is a smaller facility, but it offers most of the same services for half again what Punta Pacifica charges. 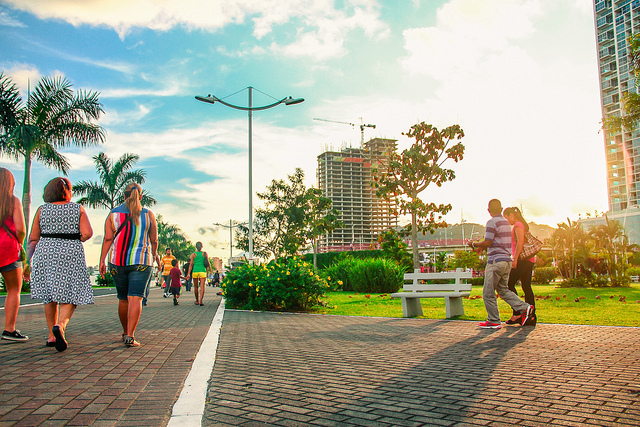 Panama Has Low Barriers to Residency

One of the things that makes the country of Panama so attractive to expats is how easy it is to move there. In fact, Panama has become so popular that it can sometimes take longer than expected to work out long-term visa applications, so it is wise to plan in advance as soon as you know what type of visa you want.

Panama has numerous visa options, some of which include routes to Panamanian citizenship, should you desire it. To dip your toe in the water, start with a 90-day tourist visa, which is renewable if you’d like to stay longer. There are also visas for retirement and business investment that require proof of financial stability.

Buying property in Panama is fairly straightforward. It is suggested to use a local attorney, however, to make sure you have all the laws covered and to help complete documentation that must be done in Spanish. The currency in Panama is the U.S. dollar (sometimes called a Balboa), so there are no exchange rate risks there.

Driving in Panama is quite similar to the U.S.:

A foreign drivers license is valid in Panama for 90 days, after which it must be converted to a Panamanian license. While traffic in Panama City can be as challenging as any large urban area, it can be nice to have a car to tour surrounding beach and mountain destinations.

Panama is in an ideal location, as it is an easy gateway to South America. But it’s not too far from the States either – just a couple of hours from Miami – which makes it easy for friends and family to pop down for a visit.

Panama City’s Tocumen International Airport has been recently expanded, and there are daily flights in every direction. To see if Panama City, Panama, is the right spot for you to unpack your expat life, grab a flight, book a boutique hotel, and spend a week exploring local life. You won’t be disappointed! 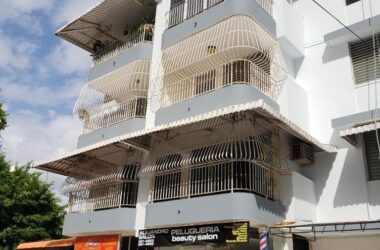 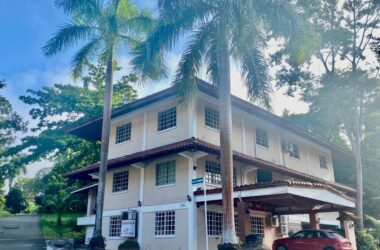 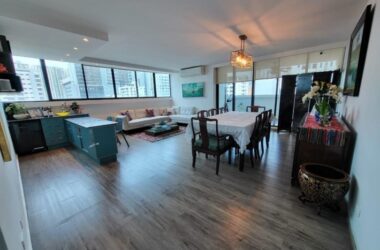