There’s Power and Potential for Expats in Portoviejo, Ecuador

Opportunity for growth, adventure, and a unique tropical lifestyle await expats and investors in Portoviejo, Ecuador. This growing city, the sixth largest in the country, blends contemporary living, a rich history, and plenty of opportunities to enjoy outdoor exploration and activities. 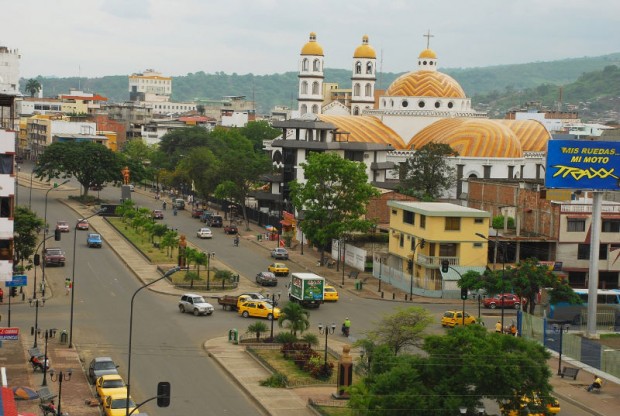 As one of the fastest emerging retirement destinations, Ecuador’s Pacific region has become a focal point for expats and investors. Portoviejo’s location and role as the capital of Manabi Province has become a hub for those seeking to find a tropical respite with investment possibilities.

Portoviejo – Then and Now

Founded March 12, 1535 by the Spanish captain Francisco Pacheco as “Villa Nueva de San Gregorio de Portoviejo,” on the Pacific coastline, Portoviejo is one of the oldest cities in Ecuador. It was actually moved inland some thirty kilometers to its current location in 1528 as a result of repeated conflicts with the indigenous tribes in the area.

Portoviejo, Ecuador is also known as the “City of the Royal Tamarind Trees.”  These beautiful trees are found in abundance in and around the city and are a source of pride to locals.

As the principal commercial and governmental center of the Portoviejo River Valley, Portoviejo has become the hub for agricultural processing in the region. In addition to tropical fruits and vegetables, coffee production, fishing ,and cattle ranching are also prominent in the area.

In spite of economic setbacks in the 1980s and 1990s, Portoviejo has rebounded and looks to continue its recovery as expats and investors discover the opportunities that are waiting there. In a very real sense, the motto of Portoviejo captures this “can do” attitude:  Portoviejo se Levanta Querer es Poder (English: Portoviejo rises, to want is power).

Fun and Games in and around Portoviejo

The Manabi province has many activities that can entertain and educate expats and visitors alike. With beach towns like Crucita, Jaramijo, and Manta in close proximity, Portoviejo is an ideal jumping-off point to explore and experience the Pacific coast of Ecuador.

Manta and the Nearby Beaches

Manta is the second largest coastal city in Ecuador and has a vibrant ocean-driven culture. It is thought that Manta is home to the largest fishing fleet in South America and proudly proclaims itself as “Tuna Capital of the World.”

Being only 23 miles from Portoviejo, Manta’s beaches are readily accessible from the city by both car and bus. There are two beaches to the north and west (Barbasquillo and El Murcielago) and three to the east (La Poza, Los Esteros and Tarqui).

Roughly an hour’s drive from Portoviejo is Machalilla National Park. This preserve features beaches, two islands, a fog forest, and a dry forest. With so many ecosystems to experience, the park has become one of the Pacific region’s major attractions.

A different kind of eco-experience can be found just outside of Portoviejo in the nearby village of Sosote. Here artisans make handcrafted items from Tagua nuts. Tagua is a palm nut similar to ivory and used for a variety of carved items. Known as “palm ivory,” this fruit of the palm tree is viewed as a viable and more ecological alternative to using elephant tusks or other sources of ivory.

Since Portoviejo does not have an international airport, most visitors begin their journey by flying into Quito. From there, TAME, the domestic airline of Ecuador, flies a single scheduled flight daily to the small regional airport (Reales Tamarindo Airport) just outside of the city.

There are regularly scheduled buses that run from Quito and Guayaquil as well as private shuttles and rental cars.  The driving time can be somewhat lengthy but is an adventure in and of itself. 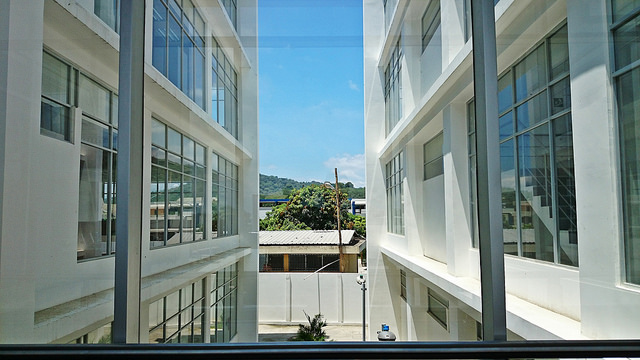 As the sixth largest city in Ecuador and a governmental seat (capital city of Manabi province), prices in central Portoviejo for housing and amenities are somewhat higher than the less-developed regions in and between the city and beach areas. The trade-off is that the amenities and services in central Portoviejo are more established and closer in standards to similar-sized communities in the U.S.

Like most areas, the location and size of a residence are major factors in the cost, whether purchased or rented. Availability is another factor in determining how much a particularly property sells or rents for.

The Real Estate Market Has Rebounded

Following the financial crisis in 2008, Portoviejo, like many other communities in Central and South America, has experienced a resurgence in the real estate market. Prices are still lower than in Quito or Guayaquil and also include commercial units as well as residential units.

Potential buyers and investors can find a selection of completed properties that range from rustic, traditional Ecuadorian style homes, to luxurious beachfront villas. There is also the possibility of finding lots ready for development and working farms for individuals seeking a different lifestyle with a strong potential for return on investment.

Rents can run the gamut for as little as $200 per month to over $1,000. Apartments in the center of Portoviejo with modern amenities are naturally at the higher end of the spectrum. Single family homes may run even higher depending on whether or not they are in a gated community.

Utilities such as electricity, water, heat, and garbage can run in the $25 to $60 a month range depending on usage. The cost for internet and cable TV/satellite service, while varying by plan, can be estimated in the area of $30 to $70 per month.

Groceries and food are difficult to estimate as tastes vary from person to person. Buying local produce and meats is certainly a more budget-friendly option that the higher-priced imported items.

Durable goods, such as appliances and vehicles are, as might be expected, high-ticket items due to the import fees and taxes. By way of example, a vehicle costing $25,000 in the U.S. might run $30,000 or more in Ecuador.

One area that is certainly budget friendly is medical expenses. Portoviejo, like other major Ecuadorian cities, offers quality health care at significantly lower rates that its North American counterparts. Health insurance can also be purchased from Ecuadorian carriers at much more affordable rates than one might expect. The city is also home to the cancer treatment hospital “Dr Julio Villacreses Colmont.” 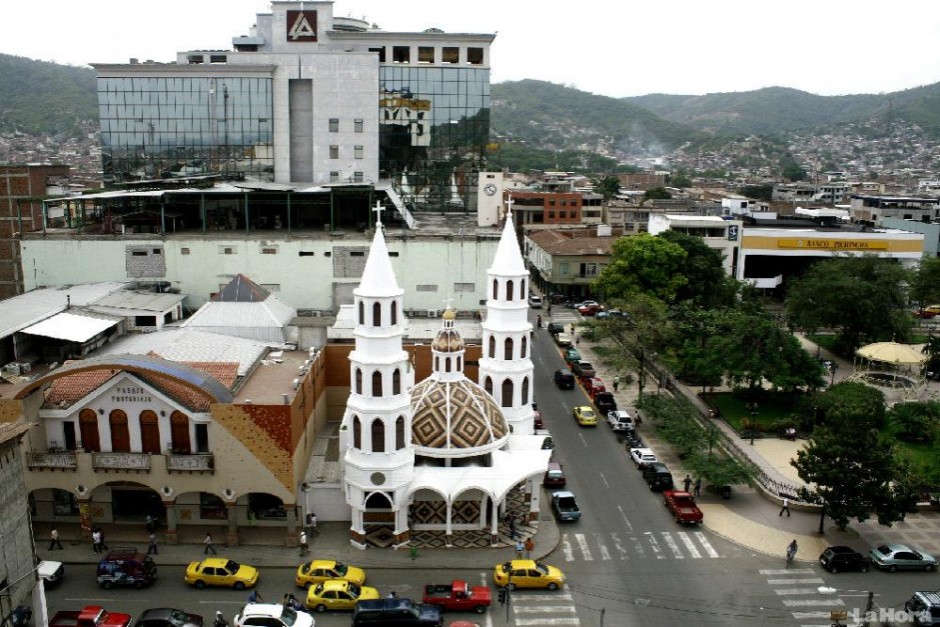 Portoviejo and the entire Manabi province certainly provide opportunities to create and personalize a tropical retirement. There are some realities to take under advisement before committing time and resources to a move.

First and foremost is the fact that, while the expat community is growing, the number of expats in and around Portoviejo is small. As a result, language and cultural difference could become barriers that detract from the lifestyle you were hoping to find.

Second, developing property (as opposed to buying/renting a completed structure) can be challenging in a variety of ways. If you aren’t comfortable with having to deal with the myriad of issues that building your own home can bring, this may not be the best choice for your future getaway.

Lastly, it is important to remember that many of the items and conveniences found in the U.S., Canada, and Europe are either unavailable or difficult to find in the region. Again, if having access to these things is important, you should ask yourself whether not having them would be a deal breaker.

Finding Out If Portoviejo Is a Good Fit

There is no substitute for going to the city, experiencing what life is like there, exploring the region and then seeing how the reality matches up with the dream. You may just discover that, like Portoviejo’s motto says: to want is power. 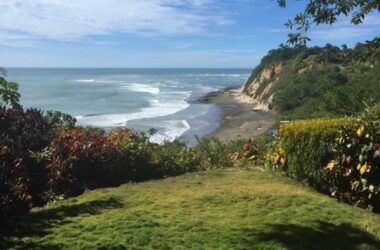 Estero Del Platano
Ecuador
Nestled in the northwest corner of Ecuador in the Esmerelda Province is Estero del Platano.  This is one of the last remaining areas where the original rain for...
4.0 beds
4.0 bath
Land Size:6 acres
Building Size:1,507 sq.ft.
$374,900
View Property 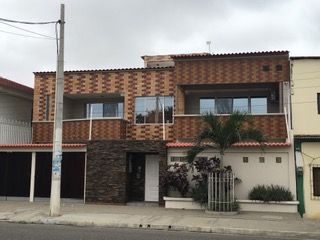 A One Of A Kind Gem In La Libertad 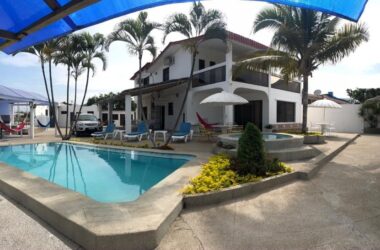 Fiesta By The Sea